Having had two family bereavements in very short succession I’ve not really had my mind on the blog for this week. I have managed to finish collecting a couple of sets published by Piccolo, one of which wasn’t helped by Amazon/Alibris/Abebooks/Biblio all having the same ISBN for two different titles and every time I got the one I didn’t want!

While looking through a selection of James Leasor covers I came across the French Edition Pocket of ‘Passport To Oblivion’ and felt the cover image looked vaguely familiar. I’ve thought this in the past but on further investigate would usually find they were just similar but this time these two covers are not just similar but identical. Both books were published in 1967 so which came first? 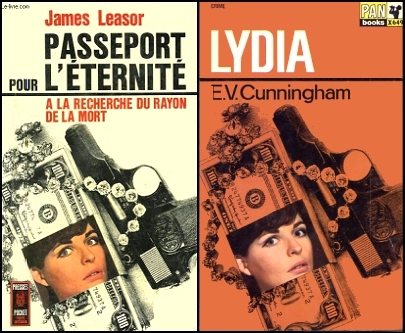 UPDATE Since adding this post I now have the French title in my hand and in the back it says it was published on 30th December 1967 and on the back cover says “Notre Couverture: © Pan Books Ltd. Loudres” so that probably answers the question but did they use anymore?

Now the winter is behind us and spring is on the way (!!!!) our thoughts turn to holidays abroad and the obligatory guide book and PAN was there with their PAN Languages series for travellers. I love the covers by Goran Lindgren which show either typical national costumes or racial stereotyping depend on your point of view.


This jQuery slider was created with the free EasyRotator for WordPress plugin from DWUser.com.

Douglas Adams would have been 61 today. He was one of PAN’s best selling authors and winner of a Golden PAN Award. 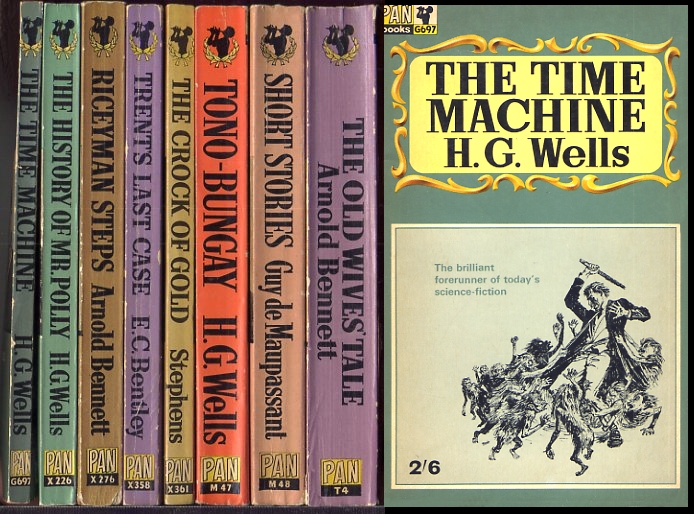 I have often wondered if these titles from the 1960’s were intended to be part of a series but there is no reference to them being any different from other titles from the same time. Were they seen as ‘classics’, a precursor to ‘Bestsellers Of Literature’ and why is the logo moved to the left. Are you thinking ‘Where have I seen a similar design showing the publishers logo with a laurel wreath?’ Click on the question mark to find the answer from 1954.

These are all the titles with the PAN/laurel wreath logo on the spine that I can find in my collectionbut does anyone know of anymore?