People often ask “Are PAN still going?” Well to prove it they have just come first as the ‘Publisher of the Year’ in the ‘British Book Awards 2020’ Well done.

Today we have a quiz, guess which description goes with which book?

“Condition is Acceptable. This may be one of the only original surviving books in circulation. It is charming, some pages have been taped together a long time ago, but it gives it character, after all it was made in 1976”.

The first one (left) was from eBay and although reasonably cheap didn’t look this bad in the photos and, trying to be kind, may have suffered in the post. The second one (right) was not much more expensive and was from Abebooks. Considering the descriptions are not a million miles apart their conditions certainly are.

Recently someone was selling fifteen Bond titles on Facebook in Hebrew. I think they must have been snapped up but I did message the seller to ask, very nicely,  if it was possible to have photos of just three of them before they were posted? I would have also liked to know what they were as apparently the one with the ‘From Russia With Love’ cover is actually ‘Thunderball’ Answer came there none! Click HERE to see the three covers that have elements from PAN covers

I purchased a copy of G381 ‘The Killer Mine’ by Ralph Hammond-Innes as not only was it signed by him but also there was a letter saying that he didn’t normally sign paperbacks(!)  but was making an exception so this was something rare. I am currently re-scanning Hammond Innes titles from PAN from the 1950/60’s when there seems to be a gap before PAN starts publishing titles again in the 1990’s. I went through AbeBooks and grabbed all the cover photos I could and put them together below. 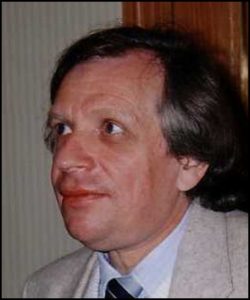 I like unusual covers and ‘Secret’s by Unity Hall is one in that the cover does not go all the way across the text block. It opens to reveal what is a little spicier than PAN’s usual offerings. If you click on the cover you’ll see what I mean.

‘HOT LEAD Most Wanted All Review Special” from Justin Marriott and many more authors is now available from Amazon HERE. I am not usually a ‘Western’ fan but there are certainly a few titles here that caught my eye and although I have the original artwork for several ‘Edge’ covers I’ve not actually read one so I now have the first ‘The Loner’ to be read. I was pleased to see a smattering of PAN editions in there including ‘Hart‘ with the Gino D’Achille covers, ‘Lonesome Dove’ and ‘Flashman and the Redskins’

Although not PAN I did like this bookshelf of currently appropriate titles assembled by the artist Phil Shaw. I thought there was no way these were all genuine but after looking up a few it appears they are. Got me pondering on PAN titles now!

While speaking to Jim O’Brien about ‘Hot Lead’ (of which more next week) he mentioned that John Raynes had died. I was quite shocked that it will be twelve months on Thursday the 11th and that I had missed it. I sent a very belated condolences message to his daughter Gaby and family who wrote on John’s page;
“John was an internationally exhibited and well renowned artist. Born in Australia he studied at the Royal College of Art 1951-57 and, over the next 35 years pursued a successful national and international illustration practice. John returned to painting full time in the 1990s, exhibiting in London, Brighton, Edinburgh, Portugal, Uzes, Abu Dhabi and Dubai. John was represented for portraiture at the prestigious Mall Galleries in London and elected to the Royal Institute of Painters in Watercolour in 2003, winning the St. Cuthberts Paper Mill Prize. John was one of only 12 portrait artists commissioned to work with celebrity participants in “Star Portraits” for BBC1″
Jules Burt and I visited him at his home in Falmouth on the 16th September 2012 and were made very welcome by John and Sheila and HERE is the page I put together afterwards. Sheila has got back to me to say;
“Thank you so much for your condolences, I did at first think of putting a notice in the Times but we then decided that we didn’t know anyone who read it so Gaby decided Facebook would be better, not sure I agreed but nothing reaches everyone.  John was pretty ill for some time but we didn’t expect things to happen so quickly. It will be a year on Thursday since he died, just short of his 90th birthday. It was good to see all the book covers together. I haven’t done a lot towards sorting out the studio and work yet, such a daunting proposition!”

I see that Anne Frank has become a ‘vlogger’ on ‘YouTube’ where her diary has been serialised into 15 parts by ‘The Ann Frank House Organisation’
‘The Diary of a Young Girl’ (later ‘The Diary of Anne Frank’) was one of PAN’s million copy sellers and so got a ‘Golden PAN Award’ although I’m not sure when they stopped publishing it and Penguin took over.

Having recently spoken to Christine Insteed of ‘Artist Partners’ I reread their 60th Celebration Brochure and had forgotten how many PAN related artists they have or had on the books. It has been a pleasure to have make contact with several of them or of family members over the last 20 or so years.

Although the covers of the ‘Romance’ titles have been on the site for a while it was while looking at Roger Hall covers, several of which are in the series, I realised I really needed to re-scan them all. I am still waiting for one later (very uninspiring) cover to arrive from a far flung corner of the world which I’ll add but in the meantime HERE are the ones I’ve found up to know.

Trying to find information on artist Roger Hall has become easier since I found out his real name was Henry Walter Hall. Here are a few basic details and I’ll add more on ROGER’S page later.
Henry Walter (Roger) Hall was born on 26th December 1914 in London
His father was John Thomas Hall who was born on 12th Feb 1887 in Derby
His mother was Jessie Blanch Manning who was born on 23th Dec 1891 in London
John Married Jessica 7th April 1912 in London
Roger married Florence Susan Hemmings in September 1941
His son Roger A was born in June 1944.
His daughter Geraldine Susan (Cherry) was born in March 1947
Florence Susan died in December 1982 in Elstree, Hertfordshire aged 68
Roger died in December 2006 at the age of 91.

I get depressed looking through old catalogues when I see the lists of advertising materials that were available to go with book promotions. How much of them must have ended up with the rubbish – are there any PAN Man Column Displays or the PAN Book Week Cut-Out Showcards still out there?