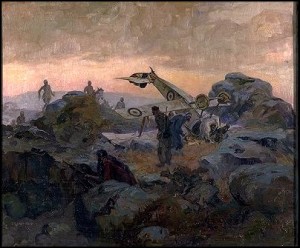 Alan Bott was a WW1 flying ace and was shot down in Turkey. This scene is represented in a painting “The Bott Incident” by Stuart Reid in the collection of the Imperial War Museum. 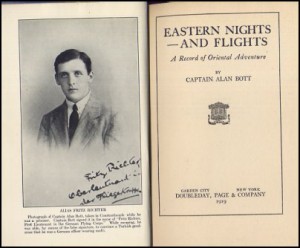 He also wrote about this experience and his subsequent escape from a POW camp in the book ‘Easter Nights and Flight’ which was originally published in 4 parts in the Harpers magazine from August 1919. It was also republished by Penguin in 1941.  He escaped with a fellow prisoner who also wrote about this incident in his book ‘Guests Of The Unspeakable’ by T W White.

I shall be updating the Alan Bott pages on the site shortly and will have a lot more details about this and other aspects of his life. 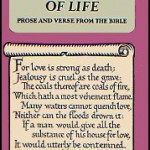 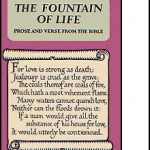 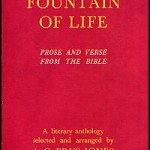 As mentioned previously, when talking about dust jackets, I referred to “The Fountain Of Life” by A G Prys-Jones. I have three versions of this, all dated 1949, but one is the hardback version and two paperback versions. One of the paperback versions is the same size any other PAN paperback, 112mm by 178mm, but the other is what I would call over-sized being 117mm by 182mm and having a dust jacket and a plain cover inside. It was only while showing someone these they said wasn’t the larger paperback the same size as the hardbacks text pages? On measuring them I found they were right so all I can think is that PAN had a lot of the hardback sized pages on which they just put a dust jacket, looking the same as the ‘normal’ paperback version, making a paperback rather than the red cloth hardback.

I was very pleased to get number 68 ‘Late and Soon’ in mint condition as I found it in a secondhand book shop where it appeared to be chaos but the owner knew exactly what he had got. It was not priced but I knew if I gave it to him on its own he notice and put on a hefty price so I ended up buying several from the 10p each shelves and putting 68 near to bottom. Luckily he just looked at the first few, decided they were all 10p and I got out of there very fast! 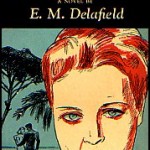 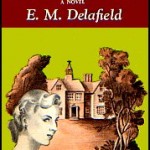 If you have any that aren’t included please let me, I just looked along the shelf so I may have missed some as well.

Alan Bott not only founded PAN Books but also started The Book Society, The Reprint Society, The British Guild Of Publishers, Avalon Press, jointly help to set up Folio but was also an author in his own right. Bott married Josephine Blumenfeld, daughter of Ralph Blumenfeld (editor of The Express for 30 years) and who was also an author herself having written several titles mainly of short stories such as ‘Shrimps For Tea’, ‘Pin A Rose On Me’ and ‘Heat Of The Sun’ One thing I would like help with is tracking down a picture of her as I’m not sure the one that comes up if you Google is actually her. 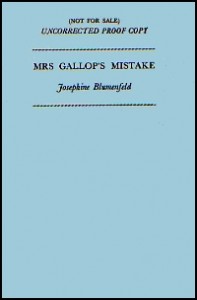 This is a proof copy of one of her books that was never published with this title although it contains a short story ‘Birds On The Roof’ which was published as part of a collection under than name.