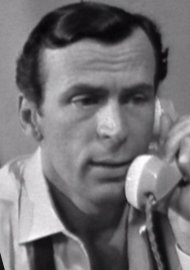 recently bought a ‘bumper bundle’ of bits relating to the book ‘End Quiet War’ by Hedger Wallace. Wallace was born in Winchester on the 14th October 1927 and died in Fulham in February 2000. IMDB has credited him with 56 appearances in films and on TV. In the package was a signed copy of the PAN edition, plus a letter included with the contract, the contract itself, a couple of photos and the original typed manuscript. The cover is by Paul Simmons who coincidently a while ago kindly sent me a photo of covers which included this title.

I also came across a book “Coming Down The Seine’ by Robert Gibbings which mentions Alan Bott and a different boat to the ‘Laloun’ which was also, apparently, used for shipping books from France. In September to coincide with the 70th anniversary of PAN issuing book numbered ‘1’ and the next 9 which were all printed in France I’ve got a great article from Gordon who was the mate on the ‘Laloun’ carry those first copies. I’ve tried to get PAN interested in his really entertaining memories but disappointingly they’ve not reacted so far. 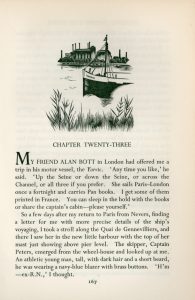 I’ve asked Gordon if this might be a photo of the ‘Yarvik’ or just one with the same name although it is the right length and was built for war work. I’ll hopefully have an answer soon but Gordon is presently touring around on the continent. 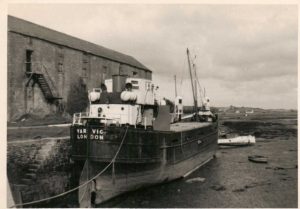 Finally I’ve been emailing Linda who runs the entertaining ‘Catherine’ site. I knew of her via the ‘Angelique’ site run by Anna who mentioned it to me. Interestingly Linda has three PAN editions which are the same as the UK ones but are all printed in Canada. I mentioned to her I would need to contact my wife’s cousin who lives in Oakville (the same Oakville from where came Eric Monkman fans of University Challenge) to go out scouting for me. Linda is Swiss but actually learnt her English while living in Hamilton, literally next door to Oakville.

UPDATE: Gordon has just replied “Yes” same boat, more when he gets back from Bruges.

I recently bought an original artwork by L Houghton for a Mills and Book cover in their ‘Doctors’ series. Interestingly it’s not quite the same as the book cover in that the nurse is the same one but the original doctor is removed and replaced by another on the other side but they don’t seem to have taken into account the green curtains!

L Houghton is a bit of a mystery. Steve Holland on his Bear Alley site thinks he could be Laurence John C Houghton so I’ve emailed a family member who now lives in Australia but was born just down the road from where I am now. I’ll let you know if I have a reply.

The only PAN cover I can find that he painted is the “The Drowning Pool’ by John Ross Macdonald from 1955.

If anyone has any more information on this artist we’d love to hear about it.

I also got an email from Anna who runs the website that ‘m sure all Angelique fans have visited. She used the photo of my Angelique film poster on her site but drew my attention to the same poster but looking slightly different. Spot the change HERE I thought it must be for a country where censorship was heavier than the UK back in the 60’s and on checking I found it was being sold by Ashgrove Auctioneers in Portarlington, County Laois which does explain the cover up. It was only years later I found that the film ‘La Ronde’ was not really 45 minutes long, that was just how much was left by the censors when I saw it in Dublin in 1966!

STOP PRESS Had a reply from Australia regarding L Houghton but unfortunately Kay doesn’t know what her very distant relative did for a living. 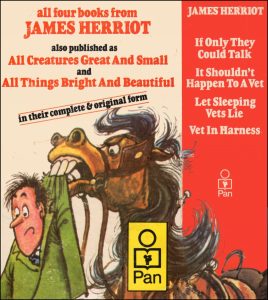 For a long time I’ve been trying to find a set of four James Herriot titles in a sleeve but the only place I’d seen it was on a Canadian site. I’ve tried to order it several times with the following scenario. The seller says they’ve mislaid it, it then gets taken off their site only to reappear a few months later so I’d try and order again with the seller saying they’d mislaid …. you get the idea. So I was really pleased when another one appeared on a different Canadian site and I was so carried away I even paid the extortionate postage costs. The books inside are interesting in that they are printed in Canada and have something I’ve never seen before on the back namely the words ‘Litho’d in Canada’ Click HERE to see them.

Sorry for the short blog again but other things have taken priority over PAN books. I know that’s hard to believe but we’ve had great news this week. We have been campaigning for several years to get a disused railway opened up as a leisure greenway and after a meeting yesterday we’ve been given the go ahead subject to forming a ‘Friends of’ type of group with a proper plan for the future. If anyone is interested you can find us at ‘Back The Track’ All ‘likes’ on Facebook gratefully received.

…. and finally I’ve managed to appear on TV reading the weather forecast at last. OK it’s not for real just a bit of fun at the BBC Studios but it’s certainly not as easy as it appears. The chart was definitely not from that day as a coat was still needed inside and out. 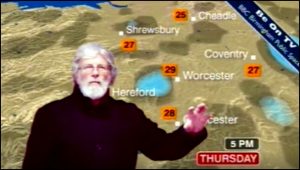 Having been away for a few days this week it will be a short blog but with a fair bit of content. We returned to the ‘Back to Back’ houses in Birmingham where last year we stayed in a ‘Victorian cottage’ and this year we jumped forward 30 years to a 1930’s one. If you’ve not been they are well worth a visit even if not staying but if you do it is ideal for getting to almost everywhere in the centre of Birmingham with the Hippodrome Theatre literally across the road. We went to see the musical ‘Billy Elliot’ which was very entertaining. 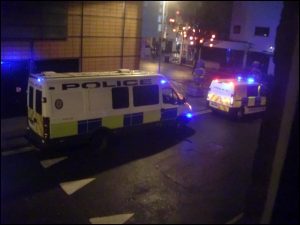 Mind you it wasn’t all peace and quiet, this is the view from our window after being woken up at 3:11 am by the ‘blues and twos’ No idea what was going on, got bored looking so went back to bed.

I was looking at ‘Learning to Cook’ by Marguerite Patten when a bookmark fell out. One side had conversion tables, the other a list of PAN cookery titles. I’ve found them all but the next challenge is to find the editions contemporary with the card as mine are all over the timescale. Looking in some of the books there are at lot longer lists of titles available on line from a few pence to a couple of pounds but why are sellers asking so much for ‘The Times Cookery Book’ some wanting three figure amounts! 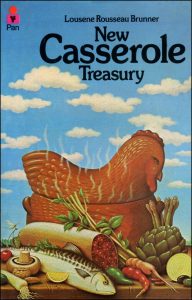