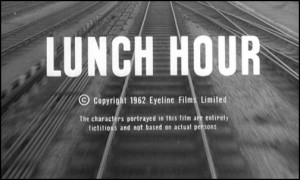 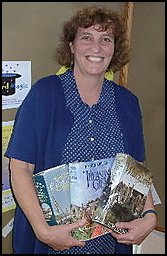 Pamela Belle was born in Ipswich on June 16th 1952. From the  Goodreads website;
“Belle always wanted to be an author and wrote her first book at the age of twelve after visited the site of a lovely Elizabethan manor house called Rushbrooke and observing the bare, moated island which was all that was left. She wanted to bring Rushbrooke back and chose to do so in print. Over the next few years ‘The Epic’, as it became known, grew and grew. Belle drew up a huge family tree and a plan of the house very like Rushbrooke.
Married and a teacher of a class of six-year-olds, she wrote in longhand and, while publishers made encouraging noises, no one was prepared to risk publishing a large book by an unknown author. Eventually the agent Vivienne Schuster was wonderfully enthusiastic about it and found a publisher.
“The Moon in the Water” and its two sequels were published in the UK and the USA with considerable success. Belle gave up teaching in 1985 to spend more time researching and writing. She plans to write a book about Alfred the Great if she can fit it in between looking after the children, dogs, cats and husband”
I’ve put together a page of covers showing the 11 titles published by PAN with a couple of variants. Interestingly the first two have covers by Stephen Bradbury so I’ve added them to his page plus ‘The Wind from the Sun’ by Arthur C. Clarke as this is also one of his. 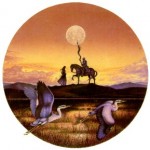 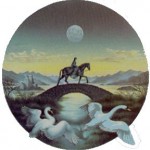 I’ve attempted to contact Kevin Tweddle who painted some of the Belle covers plus many more for PAN. He retired to run a pub so if I don’t get a reply I think a visit is called for. I have also emailed Mark Viney without success so far but I do occasionally strike lucky and I am now in communication with an artist who painted Jack Higgin’s covers. More in a later blog.

Just as a tail note we recently stayed at the hotel built on the site of my Great Great Great Grandfather’s second hand bookshop where his son hung himself in 1903. I was chatting to one of the staff and casually asked if she had seen any ghosts to which she replied “No but I sometimes feel as if someone is standing behind me when I’m was in the basement” It was in the basement that Charles hung himself! 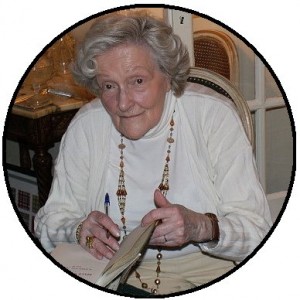 Juliette Benzoni was born Andrée-Marguerite-Juliette Mangin in Paris on October the 30th 1920. She is probably most well know for her ‘Catherine’ and ‘Marianne’ series of novels published by PAN.
I will get around to rescanning the ‘Catherine‘ titles soon but I have scanned the ‘Marianne‘ at a higher resolution. I have also included the PAN edition of ‘The Lure of the Falcon’ on that page. There were four titles in this series featuring Gilles Goelo but this was the only one published by PAN. ‘The Devil’s Diamonds’ was published in English by Sphere but the last two titles ‘The Treasure’ and ‘Haunte-Savanne’ were not translated into English.

After mentioning Christopher Wood and ‘The Spy Who Loved Me’ last week I received the following comment from Mike Pretty “A little Christopher Wood footnote for you. I used to work for Jonathan Cape (and Pan, but that’s another story) and I edited The Spy Who Loved Me for publication. I can’t remember why, but it was decided that the girl who was going to be eaten so graphically by a shark needed a name. I was about to get married, so I inserted my fiancee’s maiden name just as a placeholder until we talked about it. Wood wasn’t bothered either way, so in she stayed. Luckily Kate was amused!” Mike married Kate Chapman who sadly died all too young of cancer.

…. and finally I’ve added another cover ‘A Prayer For The Dying’ to George Sharp‘s page who gave me this snippet regarding the model when I ask if he was the same one he also used for ‘Six Fingered Stud and the Bodie covers “Yes, Tim, that’s Niall Reidy from the ‘Ugly’ agency. I gave him the original painting of him being the horny slave master with an adoring sex slave hugging his thigh – to hang in his lavatory. He became a close pal before he disappeared to live in Australia. Niall was a giant of a man who used to pick me up and hug me as if I was a child. Naill was fun. The best-looking ‘ugly’ model I ever met”

As a couple of titles ordered have not arrived yet I’m making a miscellany this week. 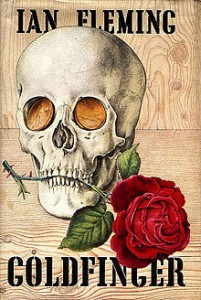 I see ‘Ian Fleming;  A Personal Memoir’ by Robert Harling came out recently. I presume this is to cash in on ‘Spectre’ as Harling died in 2008. Harling was not only an author but also a typographer and designed the ‘Tea Chest’ font which is probably most well know from the Richard Chopping covers for Bond titles such as ‘Goldfinger’

PAN published four of Robert Harling’s novels over the years which were ‘The Paper Palace’, ‘The Enormous Shadow’, ‘The Endless Colonnade’ and ‘The Hollow Sunday’ 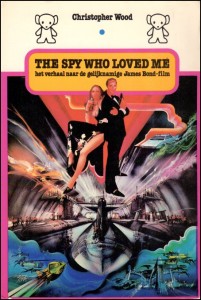 While on the Bond theme and not quite PAN but Panther I’ve only just found out Christopher Wood died this year. He wrote the novelisation of the films of ‘The Spy Who Loved Me’ and ‘Moonraker’ published by Panther. Just to be different here is the Dutch edition of TSWLM published by Bruna. It was only this week though that I discovered he wrote the ‘Confessions of …..’ books as Timothy Lea. I have to ‘confess’ that I do have a complete set of this series as they are supposedly set around here in the Midlands and I like the local references, well that’s my excuse anyway!

Another author published by PAN also died last month, namely presenter, newsreader and novelist Gordon Honeycombe. He wrote several books but only one ‘Neither The Sea Nor The Sand’ was published in 1971 by PAN.

Couple of page updates, another cover for ‘The King’s General’ added to the Daphne du Maurier page. This is the 1982 cover by ? and I can’t believe I’d missed it but then again it is very similar to the 1974 version. Thanks to my sister for that one.

I’ve added another cover added to the Derek Stowe page for a Panther numbered 565 from 1956 ‘Land Beyond the Law’ If anyone knows any other Panther or PAN covers by Derek that aren’t on his pages please let me know as Derek doesn’t have a list of his work.

….. and finally I was amused at a description on eBay for ‘Quick and Easy Chinese Cooking’ by Ken Low published by PAN in 1973 where under condition it says “page edges browned’ Now I’ve heard of cooking the books but …..!

Eric Rücker Eddison (24/11/1882 – 18/08/1945) is probably best known for his early romance ‘The Worm Ouroboros’ (1922) and for three volumes set in the imaginary world of Zimiamvia, known as the Zimiamvian Trilogy: ‘Mistress of Mistresses’ (1935), ‘A Fish Dinner in Memison’ (1941), and ‘The Mezentian Gate’ (1958). Born in Leeds, Eddison was privately educated before going  to Oxford and ended up a senior civil servant eventually retiring to write full time.

All these four titles were originally published by Ballantine in the US/Canada  with covers by Barbara Remington before being reprinted by PAN/Ballantine in the UK. It’s interesting to note the overprinting where prices and US book numbers have been covered up. I’ve put together a page to show some of the PAN/Ballantine variations I have on my shelves.

Barbara Remington is probably better know for the Ballantine covers for Tolkein’s ‘Lord of the Rings’ trilogy. She is quoted as saying she would have ‘definitely drawn different pictures had I read the books first’ not being able to get hold of copies prior to painting the covers! This is a question I’m often asked ‘Did the artists read the books first’ to which the answer seems to be ‘Very rarely’ not being given enough time, just a précis,  although PEFF said he did.

I see the original concept artwork for the cover of ‘The Fellowship of the Rings’ is currently on eBay at £14,395.50, a poster as seen in this picture for £1,51.37 and a boxed set of the books just like the ones I got for £9.99  are listed at £238.87! The three covers are designed to make a panorama so why is it that so many images showing the three in line are not in the right order?