I’ve never been a football fan having only been to a ‘proper’ match once and that was enough. It happened because West Bromwich Albion owned the house next door for their managers to use and one year we got tickets from Jimmy Hagan for the directors box for a match on boxing day. It was at bit embarrassing having to ask after fifteen minutes which team were Albion and which were Spurs. PAN appears to have taken over publications from the Football Association themselves sometime around the early 70s and I have added a few of these plus other football related titles HERE I got several of these in a ‘bumper bundle’ and for once I am not going to be a completist for all of them! 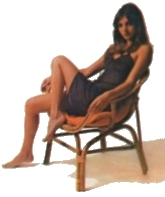 Always on the lookout for cover variations I found a few more covers for Grace Metalious. The two from 1974 are not really eye catchers plus the 1971 cover for ‘Peyton Place‘ is just a variation. The one I really want to get is the 1972 edition of ‘Peyton Place’ which matches ‘Return to Peyton Place’ for which I have the artwork but no idea of the artist. The only copies I have seen are on sites in the Far East and the one I’ve ‘sponged’ is from Kuala Lumper and the seller doesn’t ship to the UK!

One of those weird coicidences happened this week when I was really pleased to be contatced by Lyn Kirby, who worked at PAN as Cover Controller from 1979, and who mentioned football as had I. Lyn emailed me her menories of working in the ‘warm, dusty and dark basement’ which you can read about here.

“I started at Pan Books in Cavaye Place in 1979 as a Production Assistant. I had no plan to work in Publishing, but I went for an interview via a recruitment agency and I think I got the job because I actually read books! Not like now when you need degrees, internships and extra publishing qualifications.
I was 18 years old and desperate to work in London for some reason. I started off helping all the different people in the Production department with typing, filing etc and moved on to being Cover Controller within a few months. My bosses were Dennis Crutcher as Production Manager and David Bleasdale who was Production Director.
I worked quite closely with Stan Boswarva who was the sweetest guy imaginable – he gave me a ticket for the QPR v Spurs FA Cup Final because he knew I was a QPR supporter and he got tickets from the Referees Association as I think Pan did their book. And I remember Ken Hatherley well – I loved going over to the Studios on the other side of the road to Cavaye Place. I think it was called Stanley Studios which was a bit of co-incidence
So my main job as Cover Controller was to get all of the new covers repro’d from original artworks or transparencies, proofed and approved. Then decide who out of our 3 main cover printers was going to print them, arrange for them to be uv varnished or in special cases, laminated. I had to ensure they were all delivered to the book printer in time for them to be bound.
Reprints was a case of getting the job bag out from the basement and checking what the last cover was and then reprinting. The first cover I ever did was the graphic representation of ‘Penmarric‘ by Susan Howarth. I was so proud to see it in a bookshop.
The basement was warm and dusty and very dark if someone turned the lights out for a joke. The racks were full of old cover artworks which I used to flick through now and again to admire the bright colours and the then, old fashioned styles.
Some were still in job bags but most were just placed in the racks in random order. If I had known they were going to be thrown out or destroyed, I might have done something about it but I would have been too young and honest to have taken them home!
Sadly I never had anything to do with the artists during my time there and we were moving on to photographic covers by then anyway. I had left for another job in book production by the time the covers were going to be thrown out.
I did meet some very famous authors though when I was lunch relief on Reception imcufing Jackie Collins, Douglas Adams and Barbara Cartland.
I don’t work in Publishing anymore but made it to Production Manager of various publishing companies handling multi million pound printing budgets and being responsible for all book production so not bad for a girl who got the job because she could touch type and had read interesting books!

I’d like to thank Lyn for getting in touch, for her memories of her time at PAN and for kindly attached two photos, one from 1984, just after she left PAN, the other from 1994.

As I think I’ve said before I do like the original artwork for book covers and when something turns up at a reasonable price, even if not PAN, I’ll consider it. Now I hope the seller isn’t reading this because £15 for the original artwork, a printers proof and a copy of the book was a bargain. There were three titles on offer and for some reason or other this only got one bid, miine. The artist is Janina Ede (1937 to 2018) who was born in Southampton and worked for several publishers including Penguin.

So far I have found eleven titles from Pearl Buck with her name written as above and all dated around 1975. Other titles are listed inside but are they companion editions with the same artwork style in this series? I shall keep looking and updating if I discover others but again if you know others please email or comment. 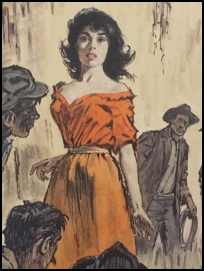 I spotted some artwork for a cover which looked familiar and looking through Hans Helweg’s sketches and preliminary paintings I spotted one very similar. I was not 100% sure for which title the cover was intended but I thought it was an Erskine Caldwell. Luckily the artwork was labelled and it was a Caldwell, namely ‘Trouble in July’ The problem is I’ve not found a published edition with this cover although Hans was paid to re-do it in 1964, does any one have a copy with this artwork?

This weeks artwork by Hans Helweg is for Nicholas Monsarrat’s ‘The Ship That Died of Shame’  As has been told before the ship in the title was actually PAN’s boat the ‘Laloun. This was sold in 1949 to a consortium and was used to carry duty frees from North Africa to the South of France/Northern Italy (in other words ‘smuggling’ ) and was eventually caught. Picture above ‘Laloun’ and below one of the boats used in the film. “S-10, was converted to a private motor yacht, ‘mv Taifun’, at Falmouth Boat Construction, and In the film, she was MGB 1087 ‘after the war’. Three different boats were in fact used n the filming, S-10, MTB 528 and MTB ‘Gay Dragoon’. Sometime after the film was made ‘mv Taifun’ was sold and skippered by Hugh Edwards, the brother of the comedian Jimmy Edwards, motored to Tangiers and was ‘lost’ in ‘suspicious circumstances’ in the Mediterranean” (thanks to ‘British Military Powrboat Team’ website for this information) The story of what happened to the Taifun is told in the book ‘Midnight Trader’ 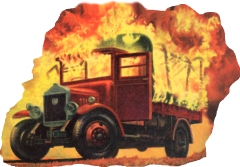 Still going through Hans Helweg’s sketches and I found three that go with ‘Lonely Road’ by Nevil Shute 1968 edition. Looking at the later 1962 edition and the 1971 , these both feature the element of the burning truck as seen in the first edition with a cover by David Tayler. I think the later 1962 edition might be by Pat Owen as he did several which appeared in this ‘bands’ style. I could make a few guesses as to the 1971 but would love to know for certain.

Three James Bond related snippets this week. The first is one you probably already know about but I hadn’t noticed in until it was mentioned on a Facebook page that Rex Archer’s cover for ‘Diamonds are Forever’ bears an uncanny resemblance to James Meese’s ‘Widow’s Pique’ from Perma. The second is a photograph of ‘Moonraker’ covers coming off the presses while the third is a screen capture of ‘Jason King’ looking at a copy of ‘Goldfinger’ PAN published two ‘Jason King’ books written by John Burke under the name Robert Miall.

Axel Scheffler, Golden PAN Award winner, was top of the 2021 list ol artists who illustrated children’s literature.  He was the most successful illustrator both in terms of value and volume, with his biggest-selling title being ‘Cat’s Cookbook’ in which he collaborated with Julia Donaldson about a cat who is looking for a recipe book in a library, and part of the duo’s Acorn Wood series. In the list are at least three Golden PAN Award winners, namely Axel, Lydia Monks and Rod Campbell. I have photos of the first two with their award but I’d love to find one of Rod. I was in contact with his agent but nothing came of it. You can see them at work and their book titles mentioned HERE

I was going to try and be clever and put ‘hotspots’ on this scan of a page Pearl Buck covers from 1966 but that will be one for another day as they seem to be a bit hit and miss so far. Instead I’ll just put links to the titles. 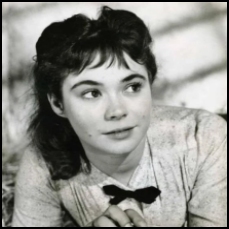 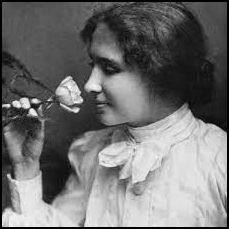 Having included some artwork by Hans Helweg in the previous list of Pearl Buck titles I found a few more of Hans  Helweg’s I had forgotten about. This weeks is for Nucholas Monsarrat’s ‘The Story of Esther Costello’ for which Hans got paid £50 16s The film tells the story of teenager Esther who has been deaf and blind since the accident which killed her mother. Wealthy Margaret Landi, a native of Esther’s village in Ireland, is talked into helping to educate and possibly heal Esther. Margaret grows to love Esther as a daughter, but finds Esther’s innocence threatened by sleazy promoters and her own sleazy ex-husband. Any similarity to Helen Keller is purely coincidental apparently!