Recently I was lucky enough to be offered some PAN advertising material including 4 copies of the hard to find PAN Record, numbers 29 to 32, and some order sheets. I’ll put them on the site over the coming weeks, here is the first one. I’d love to get my hands on the ‘Goldfinger’ display box. 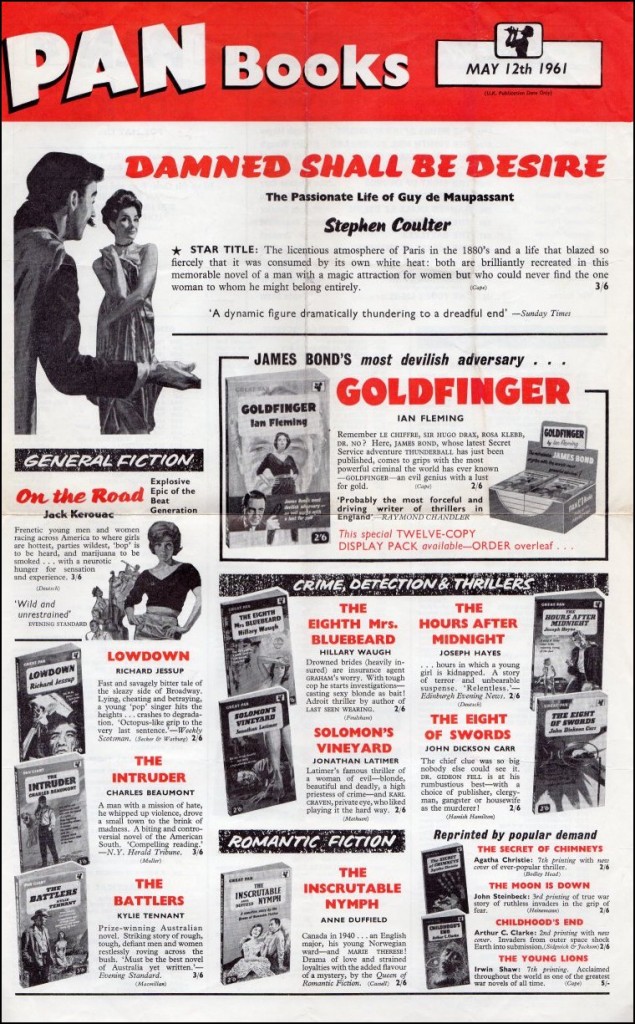 I’ve also added another screen capture to the ‘As Seen on TV’ pages and again it’s from an antiques programme namely ‘Bargain Hunt’ where there was a row of Fleming titles under a table they were looking at. 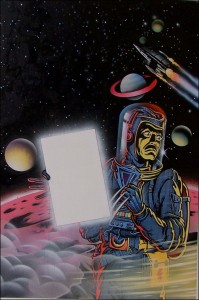 This weeks mystery cover looks really familiar but I just can’t bring it mind so any one recognise it? 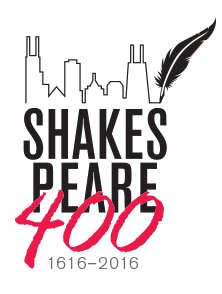 ….. and finally I was at little premature with my mention of Shakespeare covers a few weeks ago. I should have looked organised and tied them in with the commemoration of the 400 years of his death last Saturday 23rd April.

For a long time I’ve been trying to track down all the different editions/covers for the sixteen titles in the ‘JALNA’ series but I had let it slip a little. It was a letter from fellow PAN Fan Jem Birch which including a wonderfully put together series of scans of his copy  of ‘Young Renny’ which he says “was a bit of a b* to stick together” that made me look at them again. Now I don’t normally approve of writing in books but this looks like a labour of love by the owner Margarita Norah N Purcell who appears to have been born on Christmas Day in 1906 and died in Camden in 1981. I’m wondering if she did this with all her books? She could possibly be one of the earliest PAN Fans detailing the dates and numbers etc. What a strange thing to want to do!

HERE is a page of large thumbnails of all the PAN ‘Jalna’ covers I’ve found up to now. Some are ‘gifs’ and cycle through the different editions and eventually there will be a page for each title showing all the covers in a larger size with their variations. I am also trying to track down more artists especially for the 1965 edition of ‘Variable Winds at Jalna’ as I have the original artwork. I’ve left a blank where I’m pretty sure there wasn’t a cover due to date etc. and a message if there could have been one. I would love to get hold of the 1978 edition of ‘Variable Winds at Jalna’ as the one shown was this size at the only place I found it, namely eBay. There is no way I can enlarge this and unfortunately I missed the book which was in Ireland and more annoyingly didn’t sell. If you are out there please relist it.

While helping Colin Larkin sort out some of his covers I did find a couple of interesting things on the early editions of ‘Whiteoaks’ It was while trying to find the cover artists I noticed on the 1959 edition it clearly says Hans Helweg on the tree trunk on the right but on the 1960 it has been disguised although you can still read it if you look very carefully, What I hadn’t noticed until Colin pointed it out was that the lady had become more modest! Probably fed up with the man looking down her top! 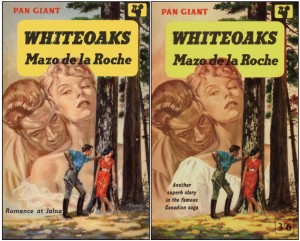 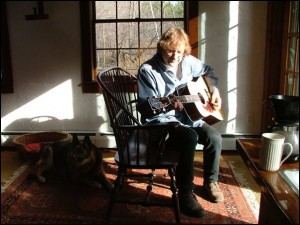 A  few weeks back it was my pleasure to visit Colin and his partner Jenny and to see for myself his fabulous collection of original artworks used for PAN covers. There are over 550 pieces and I was so mesmerised that after several hours I’d still only managed to look at a quarter of them. Another visit is required soon as Colin is hoping to sell the collection to someone in The States as they were always intended to be his pension pot. I was offered them but unfortunately their price is a little too high even if I was to half it when I’m telling my wife! Jackie came with me on this visit but found the pleasures of wandering around the local village more interesting than covers – can you believe that! 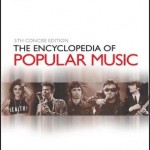 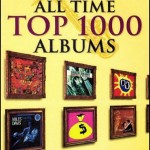 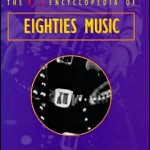 I’m sure Colin  won’t mind me saying he is probably best known for all the music related books he has written over the years which total nearly 60 titles including works for ‘Guinness’ and ‘Virgin’ He is the brother of David Larkin who was Art Director at PAN in the 70’s and 80’s and so when PAN were having a clear out, having failed to reunite a lot of the works with their artists, he was lucky enough to be in the right place at the right time. When Ken Hatherley thought PAN could sell them to raise money for charity rather than put then in a skip Colin offered a sum of money which was accepted and given to the Great Ormond Street Children’s Hospital.

It was in 1991 that Colin found he had a serious family problem and would need to sell the artworks to raise money. As was widely reported at the time the Bonham’s auction was boycotted by disgruntled artists and so not as many works were sold as was anticipated.

I have a personal interest in the collection in that in 2004 fifty six works went missing and Colin asked me to keep a look out for them coming up for sale. I was able to tell him I had already been approach and had, not knowing they were stolen, expressed an interest in purchasing them if the price was right. After numerous emails the transaction just went dead at the sellers end so I was not left with the dilemma of whether or not I kept stolen goods! With my information Colin was able to identify the thief and a prosecution was due to take place in court. I had been interviewed by the police and was on standby to be a witness but it never got that far. Here are some more details still available on the BBC News website, I was apparently the ‘art dealer’ as mentioned in the penultimate paragraph. It never got as far as court as most of the works were recovered.

I was so overwhelmed by the collection I failed to take as many photos as I intended but HERE is a page with a selection.

There are still one or two ‘unknowns’ in the collection, not only for artist but also book title, so I’ll include one a week for the next few week. 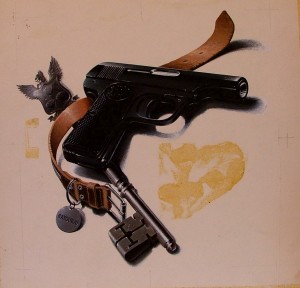 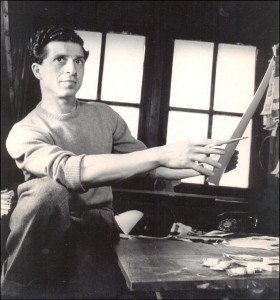 Still helping a fellow collector (more next week) identify unknown artworks/artists and we found five titles by HARRY HANTS. This was a name new to both of us but it turns out he was also, like many PAN artists, a member of ‘the Artist Partners’ agency. Harry was born in Rochford in 1913 and went first to Camberwell Art School about 1930 then Royal College of Art, Kensington about 1934. He joined the Cathcart Studios, London in 1937.

He married Joan Annette ‘Sara’ Meacher in 1939 on September 3rd at 11:00, the exact moment Neville Chamberlain declared we were at war with Germany. The reception was provided by the renown artists Jacob Epstein and Kathleen Garman.

As an aside our local art gallery in Walsall ‘The New Art Gallery’ was built to display Kathleen’s art collection which she gave to the town. She was born at Oakenwells Hall, Wednesbury while my wife was born at Portland House literally just across the road although there are a few years difference between the two events!

Harry returned to the Cathcart Studios after the war and also had a studio at 29, Mostyn Road, Merton Park, London where he can bee seen painting in the photo above taken in 1951, He continued working into the 1990’s but suffered from Alzheimer’s for 10 years before he died in Stroud in 2004. 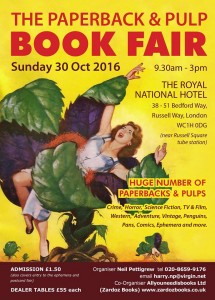 Maurice Flanagan of Zardoz Books has just upload the poster for the resurrected Paperback and Pulp Book Fair. I’ve managed to find some accommodation at a price that won’t break the bank so hope to meet up with some old friends and acquaintances there.

….. and to finish I picked up a copy of ‘The Roswell Woman’ with a cover by Oliviero Berni and thought it reminded me of another series of books. I’m going for the Retallick series by E V Thompson but I’m also trying to remember another title in a very similar style. 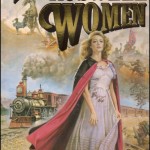 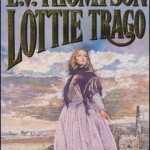