Russell Braddon was born January 25th 1921 and although the author of many books he is best remembered for ‘The Naked Island’ which was first published in 1952 by T. Werner Laurie Ltd. The cover was by Ronald Searle who was a prisoner with Braddon in Burma and is probably most well know as the creator of St Trinian’s School. His drawings, used to illustrated Braddon’s book, were in the hardback but not the PAN editions.

I have included scans of six different PAN editions but let me know if you have others. I found it interesting to see the references to how many copies have been sold over the years.

Other Braddon titles in PAN are ‘Nancy Wake’ and ‘Nancy Wake’ ‘End Of A Hate’, ‘The Year Of The Angry Rabbit’, ‘The Proud American Boy’ and ‘Committal Chamber’

A while ago I mentioned the PANOREX display stand designed by Peter Tietjen and if you click on the picture below you can see other bits of ephemera he has stored away. Peter joined PAN in 1971, moving from EMI, when Ralph Vernon-Hunt was the managing director. He was there at the same time as Ken Hatherley who was the studio manager. 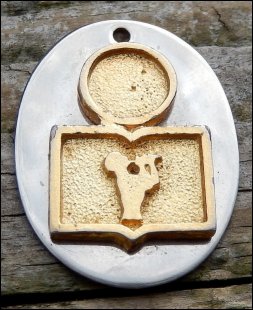 Every now and again I come across a series of PAN books that should not really be on the site but the Agatha Christie ‘Double Dagger’ covers just appeal to me. They reasons they don’t really fit are 1) a few years later than the remit of the site but this has never stopped me before and 2) they are photos not ‘real’ artwork.

I think it is the quirky and inventive use of the associated objects to form faces although some are better than others. Up to now I have 14 titles but I’m sure someone will let me know if I have missed any? 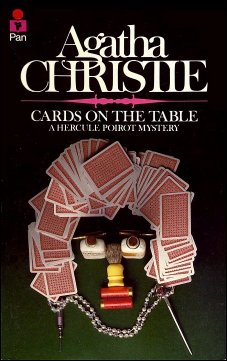 For those embracing the new technologies you can scan the QR code below to go to the page on your mobile device. This will probably be the first and last time I use one of these but having now got a phone that reads them ……….!

Just planning a visit to the above when I remembered photos I took when I was last there. It is not everyday that I use my camera when visiting the toilet but this time I made an exception and if you click HERE you’ll see why.

Whilst talking about remembering, or rather forgetting, I don’t know if I ever put on a link to a page I made about PAN Books despatch centres after I visited a couple in 2012. Please ignore if you have already seen this but if not click HERE.