Something most unexpected has happened. A ‘new’ second-hand bookshop, Southcart Books, has opened in our local town! I paid a visit and was really pleased to find four Ted Willis titles (the ones with the yellow name flash) in the ‘free to a good home’ box. I have found a few more PAN covers and put them on this page. There was an excellent selection of paperbacks but mostly a little newer than my date range but it won’t stop me visiting. I intended to put this up on Frank Garvin Yerby’s birthday but I have only just managed to track down a couple of the covers I was missing. He was born in Augusta, Georgia and died in Madrid and was know as an African/American author who had 15(?) of his 33 titles published by PAN in the 70’s

I have put scans of most of these covers on this page in the order they were originally written. I have not been able to attribute any of the covers to specific artists although one or two I might hazard a guess but I won’t in case I pique ones who I have met. Artists are a sensitive lot and some even deny it’s their work when it has their signature on it!

There is still one PAN edition I’ve failed to track down, namely 0330 247743 “The Treasure of Pleasant Valley” from 1976. I found a couple of sellers claiming to have it but showing the Dell copy. When I asked them to check they both said they had too many titles to do it and then finished by saying “If  we can be of any further assistance, please do not hesitate to contact us” Now that’s what I call great customer service! I used World Cat and actually found our local library had a copy in their reserved stock. I requested it only to be told “it has gone missing”

I’ve heard from Nay in New Zealand who has a copy of the PAN paper sculpture book “The Railway Children“ with model and instruction sheet plus it is signed by Lionel Jeffries who directed the 1970 film. Shee is looking for around £45 to £50 with postage at about £8. If anyone is interested here email address is nay22.trademe@hotmail.com 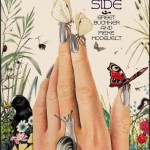 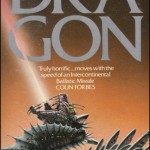 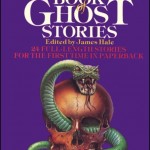