Having mentioned the artwork I bought from Geoff Taylor recently I’ve added this and a cover he did for Piccolo to his page HERE. I’m getting the artwork framed so I’ll put better photos on then. Geoff also authored a couple of books and I’ve added a scan of one but the other I’ve bought hasn’t arrived yet so it’s from the web. This one cost me £4.99 although a few sellers were asking a bit more!

Geoff did the cover for a reprint of ‘A Pistol in Greenyards’ by Mollie Hunter and he says the figure on the cover was a self portrait. I’ve got various copies of all the other titles by Hunter that PAN published under the Piccolo imprint.The majority are by Gene or Jene Hawkins as both names are mentioned and I’m presuming they are the same person. You can see them HERE. Not sure why there are two versions of ‘The Stronghold’ when they are so similar, just the change of font and style? Jene Hawkins did the Piccolo cover for ‘Kings and Queens’ but apart from that I can find very few other examples, just this record sleeve. 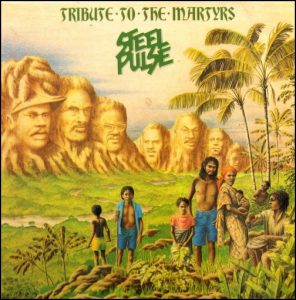 I did contact Ivan Lapper who painted the cover for ‘The Ghosts of Glencoe’ and he replied “I did some book jackets for Pan years ago. It was such a long time ago I haven’t got a record of what I did any more” which is quite understandable.

Having mentioned Peter Corris and his private eye books I bought the PAN edition under their Picador imprint called ‘A Cliff Hardy Collection’ of his three novels PAN published separately. I am currently half way through and they are an enjoyable read and not too taxing for bed time. 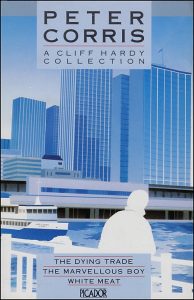 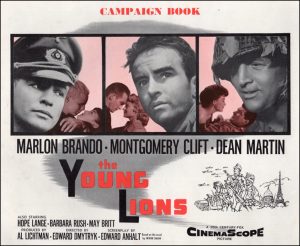 I had an email a while ago from Ray Wallace who kindly pointed out that there was an edition of ‘The Dam Busters’ I didn’t have on the page so it was another to add to the ‘must get’ list. Having now got a copy of the 1972 edition with extra printing on the cover and a different ISBN I’ve added it to the page HERE Thanks Ray.

..…. and I knew my Australian agents wouldn’t let me down regarding Peter Corris. I asked if there were other titles by him which had the PAN Man logo and Stuart Radmore emailed back to say there were two and would I like scans? Luckily I found them very competitively priced on Australian eBay and with my sister from here in the UK visiting her daughter in Darwin it looks like cheap postage as well. They will be added at sometime in the future but here are the images from eBay. Thanks Stuart. 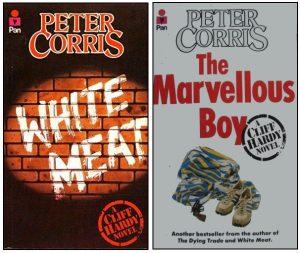 This is one for our Australian readers as I picked up a copy of ‘The Dying Trade’ by Peter Corris from 1982 which is an PAN Australian edition. On looking to see if he had any more titles published by PAN I see he has but they all seem to be from the 1990’s so doesn’t have the PAN Man logo (as I’m going to call it) Has anyone got any others of his books without the later ‘waves’ logo?

Still sorting bits and pieces and found I had a hardback copy published by John Long of ‘Gossip to the Grave’ by John Burke from 1967. What is interesting is the comment inside which you can see HERE  and also that he changes from one of his pen names Jonathan to his real name of John.

I’ve also been trying to track down the Sue Grafton ‘Alphabet’ covers for D, E, and F by Tom Adams. I thought I found them but turns out none of them are the right edition although they have the right ISBN and date. What is interesting is that they have the PAN Crime logo on the front of two of them whereas this was just on the spine of the T A ones.

Was this one of the new logos from the 1990’s to go with the Sci-Fi, Fantasy and Horror ones I wonder?

After mentioning the logos that PAN introduced in the 1990’s I came across an advertisement in the ‘Interzone’ magazine which showed three of them. All the books listed below them have the sci-fi logo apart from ‘Heorot’ when I couldn’t find a PAN edition. Click HERE to see them. The advertisement for the magazine was from the back of ‘Grounded’ 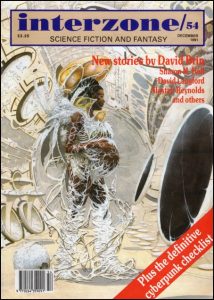 I always look through books before I pass them on and was pleased to find this newspaper clipping from 1997. I don’t know where I got the book but it is from our local paper, the Express and Star.

I’m a great fan of the work of Tom Adams especially the dozens of Agatha Christie covers he painted for Fontana and the Raymond Chandler covers for Ballantine (I have over a hundred examples of these titles which may one day be scanned) He also did a few for PAN including the three John Fowles titles ‘The Magus’, ‘The Collector’ and ‘The French Lieutenant’s Woman’ and Siverburg’s ‘The Capricorn Games’ After his success with the Christie titles PAN commissioned Tom to paint the covers for the ‘Kinsey Millhome Mysteries’ series by Sue Grafton. He got as far as ‘J’ before he lost rapport with PAN according to the book ‘Tom Adams Uncovered’ I’m trying to complete the A to J set and HERE are the results so far. 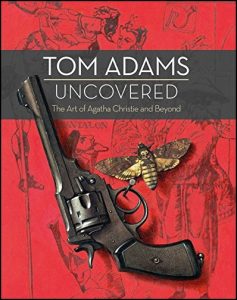 After reading the book ‘Hardware’ featuring artwork by Chris Foss I think he did ten covers for PAN some of which were a bit of a surprise as they were not S/F. Click HERE for the list of titles which will eventually be scanned in.

I have also been in contact with artist Geoff Taylor who painted three S/F covers for PAN in the late 1970’s as I was asked by a fellow PAN Fan if I knew who painted the Douglas Hill cover for ‘The Shape of Sex to Come’ and Geoff’s name popped up. It turns out he painted one that wasn’t used which I’ve shown HERE along with three other PAN covers that were used plus a Piccolo title. He was also involved with the ‘War of the Worlds’ album artwork. I’ve not discovered who painted the Hill cover, any suggestions?

Back in January I got an email from Melissa at the British Dental Journal as she was trying to contact artist Alan Cracknell as they wanted to use part of a poster he painted for Colgate on their front cover. I contacted Alan on her behalf and he said that was fine but nothing seemed to happen. I checked up last week and found it was used in March so a quick reminder to Melissa and she was a good as her word and send several copies, one of which I forwarded to Alan. 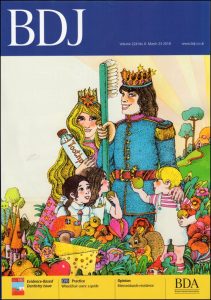 It was goodbye to Harlan Ellison who passed away last week (28/06/18) He had several titles published by PAN including ‘The Beast That Shouted Love at the Heart of the World’, ‘Deathbird Stories’ and ‘Approaching Oblivion’ 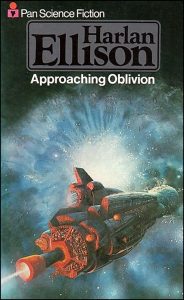