With my son’s wedding this coming weekend and having just survived a weekend of go-karting, an assault course in the trees and 10 pin bowling I should feel flattered that my son invited me along on his stag weekend.

I have been offered some PAN artwork which may or may not be by Julek Heller but we can’t discover if it was ever used. Does anyone recognise the unicorn below? We’ve had it out of the frame hoping for clues but all there is written on it is the size. 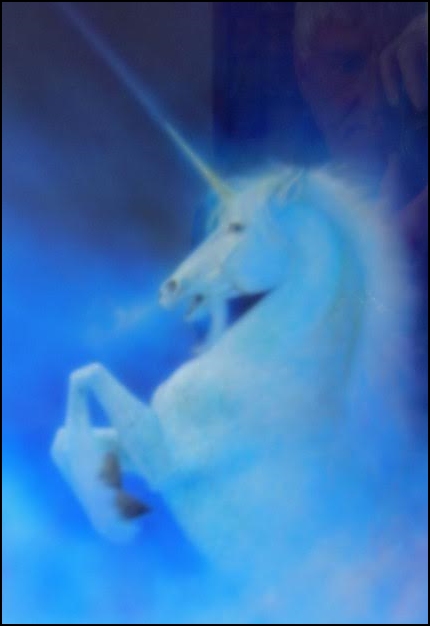 Heller did several covers for PAN and I’ll show a selection of these next week but he also lists several PAN titles on his website which I cannot track down including the ‘Gormenghast’ trilogy. I’ve sent him an email but not reply as yet. As a taster here is one he did for Piccolo. 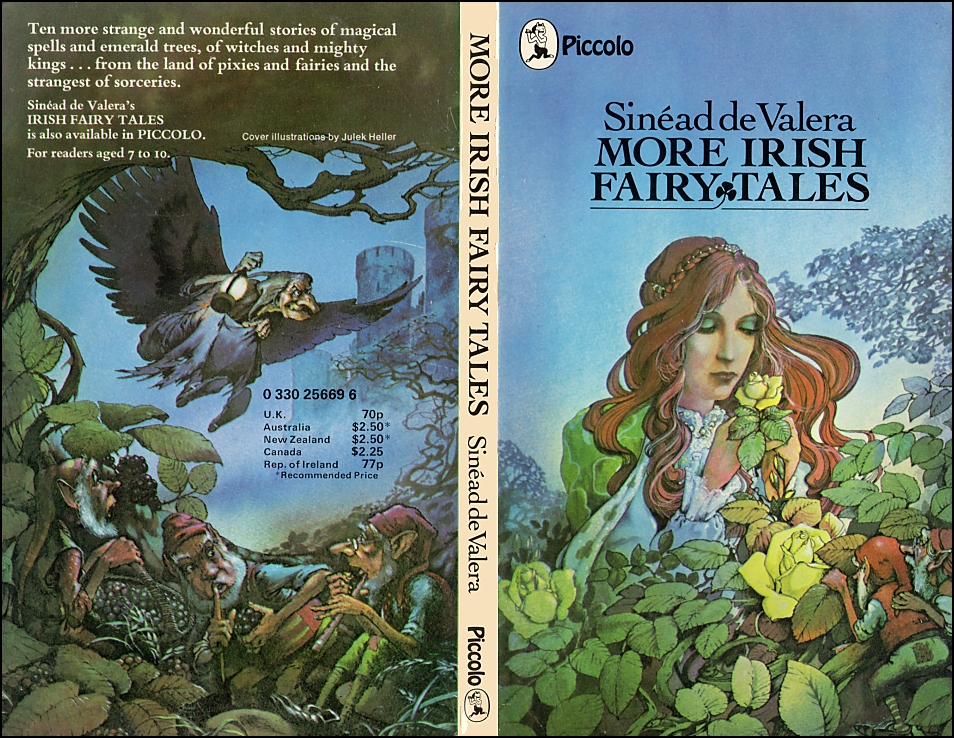 I’ve also been sorting out my SF titles and looking at cover artists. The one below is the first that I have found that uses this media. 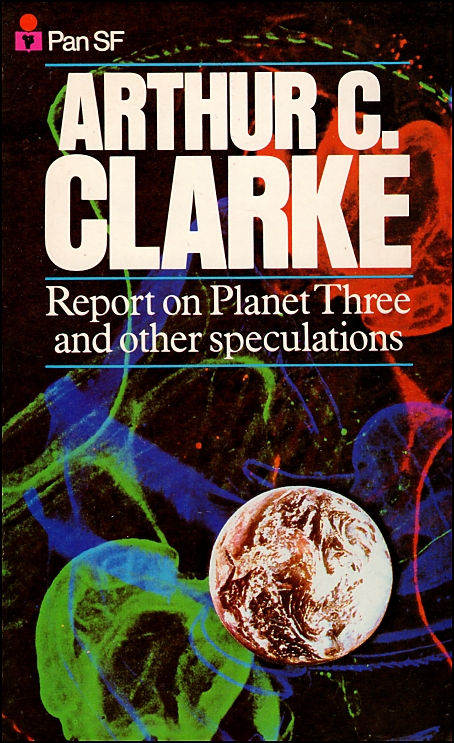 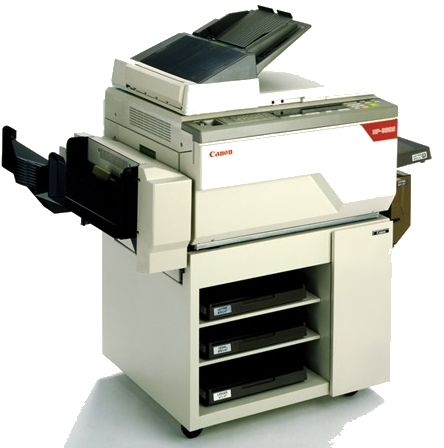 When I saw this I thought Cannon with two double ‘n’ but that’s what it says on the back of the book.

Last week I mentioned Pan Fan Stuart down under in Melbourne had found another title with the PAN/Pavanne dual logo for me and then I found a couple more. They’ve all arrived and can be seen HERE. When I was looking for a copy of ‘A Tree Grows in Brooklyn’ only one in Italy popped up so how come there’s suddenly several on eBay? Mind you I did only pay 5 euros including postage so a bit cheaper than this although this one does have free postage.

I’ve also included another Wendorf title as I couldn’t find an image but as one of her titles was PAN/Pavanne I though the other might be. As usual I assumed wrong BUT I do like the stamp inside from a seller in Thailand. 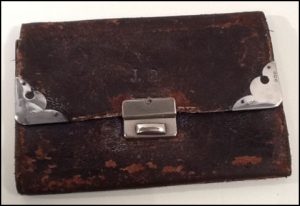 I also bought a wallet off eBay because it had the magic words ‘PAN Books’ written in it albeit in biro.It has silver mounts hallmarked for 1907, made by Edward Langridge & Co. in Birmingham and is stamped J.B. – you don’t think it might have belonged to ……. ! 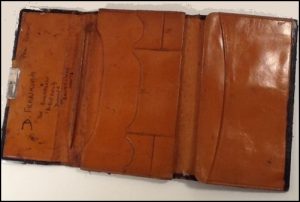 Inside it says D.Frankham with an address in Dummer near Basingstoke (where PAN’s headquarters are located) I contacted Alysoun, the archivist at PAN, on the off chance she might know this person. She didn’t but had bought her house off another Frankham as apparently it’s a common name round there. I’ll keep digging on this one.

Bit of a short one this week as tied up with my other current interest (Yes I know it’s hard to believe there is more to life than PAN’s) namely opening up a disused railway track for walking/cycling. We need to clean up under a bridge where the ground is covered in rubbish and about an inch of mud. We have been pottering around down there for a while but when we got a contractor in to give us a quote it became a ‘health and safety’ nightmare. We’re told we can’t do it because of Japanese Knotweed, sharps and other drug bits and pieces and if in the mud we must be tied to a line held by someone on the dry bank. We wish we hadn’t asked. Here is a 1937 photo of the track when the enterprising owner of it used it to lay a water pipeline alongside, from Lichfield to Walsall over Highbridge Bridge. What’s that about health and safety? 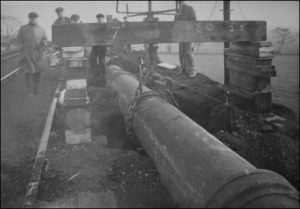 While sorting I realised that I had four books in the ‘Venturer Twelve’ series by Dan Morgan and John Kippax. I’d missed number four as it is a solo effort by John Kippax. Just wondering who did the covers and why they didn’t do the last one in the same style but that could just be me. To see them click HERE

I recently spotted a listing on eBay which I had to buy to see if it made sense. It was a hardback copy of ‘Think Of Tomorrow’ by Nicholas Monsarrat published by Hurst and Blackett around 1930.What caught my eye was that it included a compliments slip from PAN as below. No, still doesn’t make sense. 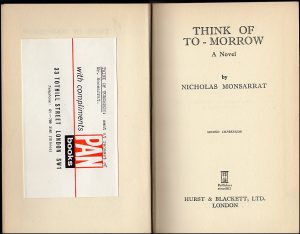 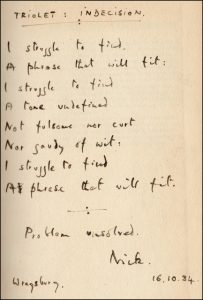 I’m still trying to find a page I had of all the PAN logos from around 1990 when they added an image to go with the genre. I’ve already mention Sci-Fi and Fantasy, here is a badge with the one for horror. 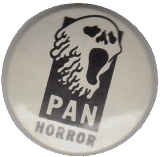 ….and talking of logos following on from me mentioning books with the PAN and Pavanne logos on the covers I was contacted by Stuart from down under who found another and kindly let me know. Since then I have found two more and I ordered copies of all three, two from the UK and one from the only place I could find it, namely Italy. Guess which of the three has arrived so far! I’ll put them all up hopefully next week.

I was sorry to get a letter from fellow PAN Fan Jeremy Birch to let me know that unfortunately his wife had died suddenly in Italy. I never met Sharon but felt I knew her as Jem always sent me real letters but I replied to him via Sharon’s email address as he didn’t have one. A sad start but as Jem is a true PAN Fan, the latter part was of several PAN related questions I could answer.

I don’t know if it’s me but I can’t say I’d really heard much about Australian author Sumner Lock Elliot (1917-1991) apart from the one title ‘Careful, He Might Hear You’ I had in PAN. I noticed a later title ‘Waiting For Childhood’ by him which was printed in Australia. On looking at other titles I found three of which were printed in Australia. You can see the covers HERE and the Australia printings have a red asterisk next to them.

I was puzzled when trying to find a copy of ‘About Tilly Beamis’ as I have just got a copy of PAN’s stock list for May/June 1986 off eBay (very useful) and it listed this title as a PAN imprint but it was also listed by sellers as a PAVANNE imprint. I found an image which seemed to show the PAN logo but when the PAVANNE copy arrived it was the same cover. It was only on closer inspection I found it actually used the PAN logo but with the PAVANNE one underneath. Never come across this before, are there any more out there? 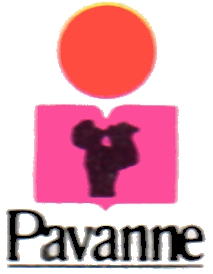 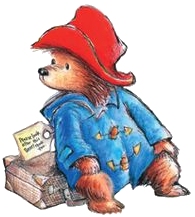 Last week saw yet another children’s favourite depart, namely Michael Bond of Paddington Bear fame. He was born in 1926 and for a time worked at the BBC as a cameraman on ‘Blue Peter’ He left in 1965 to become a full time writer after his first Paddington book was a success. PAN published 7 Paddington titles but unfortunately at the moment I can only find 4 of them. Click HERE to see them and I’ll add the others when they turn up. He also wrote the Olga da Polga stories which although not PAN have been mentioned before.

I’ve also realised I didn’t have a couple of Hitchcock covers from 1968 so I’ve added them to my Hitchcock page ‘My Favourites in Suspense’ parts one and two. It’s made me realise I need to tidy up the Hitchcock’s as they are all over the place.