I’ve decided to include the five covers for the Larry McMurty titles published by PAN even though ‘Lonesome Dove’ doesn’t have a PAN man in its logo, it’s there just for completeness – well that’s my excuse.

We’ve been away in the camper for a few days and I was hoping to be sitting out on the longest day of the year with a nice cool beer until at least 22:00 but we were actually huddled inside from 20:00 as the sun went in and there was a chill wind. On the plus side we did visit a couple of National Trust properties with second hand bookshops and I seemed to have picked up mainly Jackie Collins titles which I did intend to scan and add this week but time has beaten me. Maybe next week? Unfortunately no additions to the ‘PAN Books as see in National Trust’ properties this time.

A few of the Collins covers has artwork by Chris Moore and I’ve just been reading ‘Journey Man – the art of Chris Moore’ as I mentioned him last week plus ‘Professional Airbrushing’ by Tom Stimpson. The other Chris is Chris Foss and I’ve been in email contact with his daughter Imogene who has promised me a spreadsheet of his titles and publishers which must be a very long list. I’ve also been reading ‘Hardware’ which helps me with some of his early PAN covers that had not name. 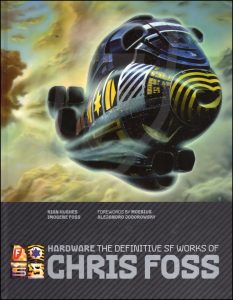 I’ve also now got the last of the 35 Ballantine UK editions of their Adult Fantasy Series. It is ‘The King of Elfland’s Daughter’ and although not a joint PAN publication is does have the UK and Commonwealth prices sticker on the back. I’m slowly scanning them in so HERE is the link to the ones I’ve done so far

We went to the cinema last week to see the film ‘SOLO’ which, in spite of the critics reviews that slatted it, my wife and I really enjoyed. It was while I was in the foyer I notice, or rather couldn’t fail to notice, a 3D advert for the upcoming film “The Meg” Does it look familiar ? Here are some ‘JAWS’ covers for comparison. 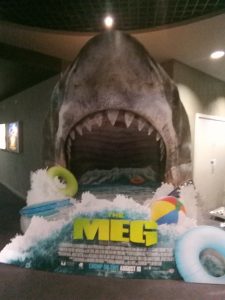 After Douglas Anderson put on list of all the PAN/Ballantine Adult Fantatsy series of 35 titles I checked mine and found I had 34 of them (anyone got ‘The King of Elfland’s Daughter’ in UK version?) Douglas asked for scans of 4 he hadn’t seen so those are ones I’ve done first and can be found HERE Some say PAN/Ballantine, usually as an overprint, on the cover where as others you have to check inside.

Being in a second hand bookshop last week and having some time to spare I started looking through a box of Reader’s Digest Condensed Books as a while ago I bought a folder of artwork by the late Jack McCarthy. These was mainly used as the frontispiece for the stories, plus a few page illustrations but none of them are labelled. Up to now I have found three so was really pleased to find this fourth one but still several to go. As far as I know McCarthy, of whom I can find nothing, didn’t paint any covers for PAN. 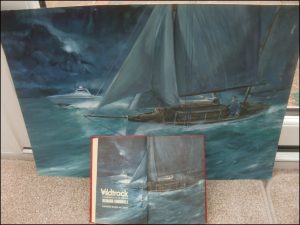 As it was Father’s day yesterday I received a great 3D card from our four cats and the vixen who calls in most days. Apparently ‘they’ chose it to remind me of the time last September when we met Julia and Axel at the ceremony where they were given their Golden PAN Awards. 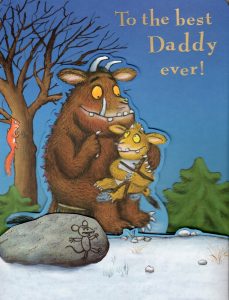 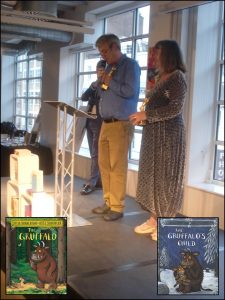 UPDATE It appears there weren’t UK PAN printed editions of some of the Ballantine titles with a few printed in the USA but with UK, AU, NZ and SA cover prices. I’ve added one example to the page ‘Vathek’. Just another thirty titles to scan.

Still sorting through piles of books I came across the boxed set entitled ‘Haunted Houseful’ which consists of four Piccolo titles from around 1973. I don’t know who did the artwork for the box cover but HERE is the link to see it and the covers. 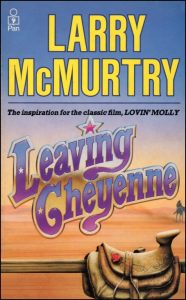 I picked up a copy of ‘Leaving Cheyenne’ by Larry McMurtry from 1989 and thought I’d add the other four titles by him published by PAN but I realised this could break my newly self imposed rule that the books must still have the figure of Pan on the logo and not the later ‘waves’ If I put all the titles on one would do so, I’ll ponder until next week 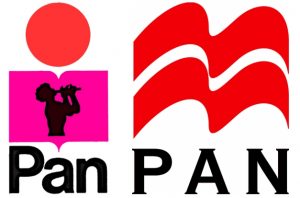 What I found interesting was that the cover above needed two artists, the lettering by Chris Moore and the background by Tom Stimpson. I emailed Chris up in Lancashire and he kindly and speedily replied “Hi Tim, Checked out your website and it’s really nice to see that someone has taken an active interest in a field of work that has largely gone unnoticed over the years. Several of your featured artists I know personally” Chris also pointed me in the direction of a website where I can find a list of his Sci-Fi covers which are many to say the least.
Both Chris Moore and Tom Stimpson painted covers for PAN and the links go to a couple of pages with a few examples that I will add to over time. 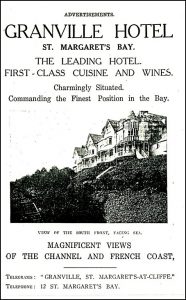 Having spent a few days down in Kent, on the Monday, which would have been Ian Fleming’s 110th birthday, we visited St Margaret’s Bay to go to the South Foreland Lighthouse (long story there I might save for another day) The guide pointed out the Granville Hotel from the top of the lighthouse and said that’s where Fleming was staying at the same time as Noel Coward (who wrote ‘Star Quality’) and where Fleming wrote ‘Moonraker’ Now I believed this until I came home and started checking and have to say I’m still a bit confused. The Granville Hotel was demolished in the late 1990’s and apartments are built on the site but as Fleming leased a property in St Margaret’s Bay, namely ‘White Cliffs’ would he stay in the hotel? He took on the house in 1951 off Noel Coward who acquired it in 1945. Fleming also wrote ‘Chitty Chitty Bang Bang’ while living here. 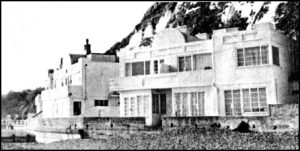 We also saw the house called ‘Moonraker’ at 32, Granville Road and designed after the description of Hugo Drax’s in the book.

I’ve now got two more copies of ‘The Towering Inferno’ film related books but disappointingly it doesn’t say who designed the cover for ‘The Glass Inferno’ but ‘The Tower’ was by the New Studio Inc.

…. and finally Bazeer in Australia spotted another PAN appearing on a television programme and I spotted one a while ago so they’ve now been added to the ‘PAN as seen of TV‘ page.