Just acquired an unread boxed set of the five titles in the ‘Hitch Hikers Guide’ trilogy which have facsimiles of the original covers. These were published in 2002 by TOR Books which is the science fiction/fantasy imprint of PAN Books. They have used the 79, 80, 82, 84 and 92 covers but as someone put on Amazon in their review “Bought this as a gift for someone. They were desperately disappointed, with the paperback cover images. They are so obviously a fake. It looks as if the person who created the cover images could not be bothered to do a decent job in scanning the original paperback covers. However, the content of the books. Brilliant. But why would you wish to buy a box set of the original paperback editions? To have the originals, or a very good copy of them. And this is a very poor copy of them” with which I have to agree.

They are all labelled ‘Commemorative Edition” which I took to mean commemorating a year since his passing but on checking it is actually 11 months! Any other suggestions? 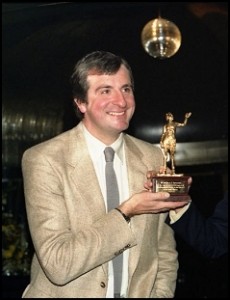 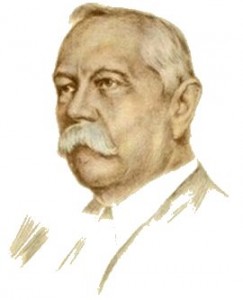 A TV crew are currently filming about a mile away from where I am at the moment working on a dramatisation of the book “Arthur and George’ by Julian Barnes although the location is supposed to be secret. Here’s a report in the local paper.
This has prompted me to sort out all the later (from about 1970) Conan Doyle titles from PAN with ISBN numbers as the earlier ones with PAN numbers are already on the site (100, 106, 177, 286, 333, and Doyle linked GP20 ) plus the Harlequin/PAN Canadian edition of ‘The Lost World’

The later editions and titles can be found by clicking HERE or on Sir Arthur above.

I have also received a pile of PAN beer bits and pieces from Tomi in Croatia following on from my reference to it after visiting Croatia last month. I’ve added them to the page but I forgot to include the green opener in the picture so here it is!

Every now and again I see a cover and there is just something about it that makes it stand out but I’m not always sure why. One such cover was the 1972 edition of ‘The Guardians Of Time’ by Poul Anderson. I know of three editions of this published by PAN, the 1964 having a cover by W Francis Phillipps but no idea for the 1977 edition. I only know the artist for 1972 after a Google search turned up a website showing the original artwork. Ian Miller was born in 1946 and grew up in London and Manchester. Between 1963 and 1967 he enrolled at Northwich School of Art, before embarking on a degree at Saint Martin’s School of Art in London, where he began to paint and graduating with honours in 1970. Miller’s earliest work included magazine and book jacket illustrations, including a host of illustrations for paperback titles. I am currently putting together a page of covers he produced for PAN, watch this space. 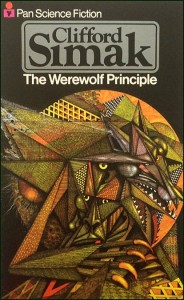 Back in June we visited Thomas Hardy’s cottage in Higher Bockhampton, a hamlet in the parish of Stinsford (we also paid our respects at his grave in Stinsford churchyard) Unfortunately I couldn’t find any PAN’s lurking on shelves to add to my series of ‘PANs Spotted In Historic Buildings’ but I can add to my collection of photos of ‘Famous Toilets I’ve Sat On’ 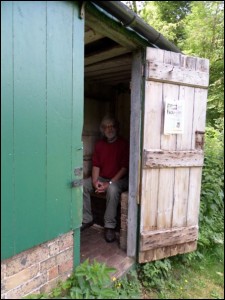 Hardy did not feature in PAN’s early booklists very often as I can only find PAN 268 “The Mayor of Casterbridge” from 1953 and PAN M207 “Far from the Madding Crowd” from 1967. PAN 268 has a cover by the elusive artist R Sax of whom very little appears to be known, can anyone help? As I’ve mentioned before I have a CD of over 500 examples of original PAN cover artwork and 23 of these are confirmed as Sax with several more listed as Sax? so I’ve made a page of those which are definitely his. 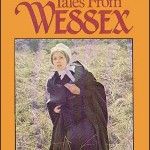 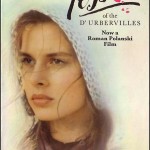 
This jQuery slider was created with the free EasyRotator for WordPress plugin from DWUser.com. 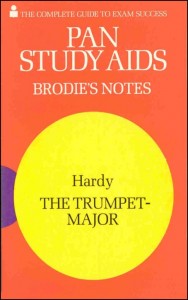 FOOTNOTE – After contacting the CEO of the company hosting my WordPress blog in frustration to complain about the erratic loading speeds I actually got an email from him almost straight away telling me he was on holiday but passing on  my concern to a senior person. I later got a call from him to apologise and since then things seem better so fingers crossed.