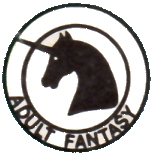 It was odd but last Saturday I seemed to have so many important things to do, watch fox cubs on the old railway line, tie up the bean canes on the allotment, cut the grass and trim the hedge at home which unfortunately meant I didn’t have time to watch the ‘Royal Wedding’ To make up for missing the event of the day I’ve been investigating this riveting read but it only goes up to 1977! 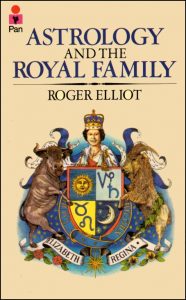 I’ve also been in communication with Emma Donoghue about her missing ‘Golden PAN Award’ and I’m happy to say it’s turned up in Canada and Emma kindly sent me a couple of photographs of her holding it which can be seen HERE.

Lastly a while ago I mentioned I’d picked up a badge featuring one of the PAN logos used in the 1990s. I’ve just got another one but I still can’t find the page I had which featured all the logos of this style for the different genres. 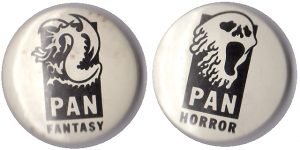 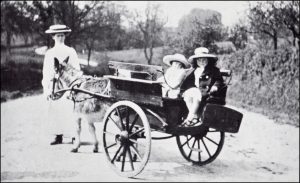 This photograph was apparently taken in 1905 for a guide to Essex and shows a donkey cart on the Saffron Waldon to Dunmow Road lead by nanny Lizzie Drain of Thaxted. Now you may be wondering what this has to do with PAN? Well the child on the right is Estelle Blumenfeld (aged 4) and the one of the left is Josephine (aged 2) Josephine went on to marry Alan Bott, founder of PAN Books while Estelle had a son named Ralph Holmes Vernon-Hunt who became MD of PAN Books and is probably most well know for posing as James Bond on the covers in the 60’s. At the time they were living at Hill Farm, Great Easton, Dunmow.

Coincidently I only noticed this week that ‘Stand Up Virgin Soldiers’ by Leslie Thomas is dedicated to Ralph Vernon-Hunt.

After getting a couple of Morse books from Bulgaria I now find I have ten with the pink/red PAN logo on the covers and they can be seen HERE. I’m still trying to sort out dates as some seem to be the same, just wondering if there was a TV tie-in and a non tie-in version?

I’m always amazed at the range of subjects covered by PAN and HERE is a classic example. I’ve been using it for at least three days but it hasn’t lived up to the cover saying “A quick and effective method of learning to play the piano … now” What it doesn’t say having even a modicum of musical talent might help hence I failed!

… and lastly I have now changed the front page which used to say ‘”25ish Years’ so it now reads ’45ish Years’ or really up to the time we lost the figure of PAN in the logo.

PS Glad to see my hyperlinks are now red as WordPress, after many years of letting me change their colour, decided no matter what I did I was going to get blue. Thank goodness for Google and it appears I was not the only one puzzled but luckily someone put on the HTML code that solved it. 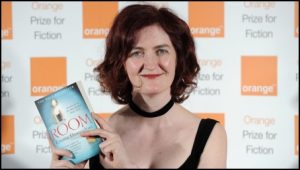 Back in September when PAN gave out six Golden PAN Awards, four recipients were there to collect them in person while Ken Follett got his a few weeks later which left Emma Donoghue, author of million seller “Room”, to have hers sent to Canada where she resides. I emailed Emma and asked if it was possible to have a photo of her holding the award when she received it to which she replied “Happy to send that pic when award arrives, sure” As I’d not heard any more I asked again this week and I got a surprising answer “They never sent it to me! but I’m chasing it up now, thanks for the reminder” so watch this space!

Always on the look out for different PAN related bits and pieces I was pleased to find a printers proof copy of the cover of ‘The Tower’ by Richard Martin Stern. The cover was for the film tie-in ‘The Towering Inferno’ but what I didn’t realise was the film was based on two novels, the other being the “The Glass Inferno” I got an earlier PAN edition (from Poland which arrived quicker than a couple bought from the UK) which has the same image as the American Warner edition and the PAN edition surprised me by being printed in the USA. Click HERE to see the covers although a couple are off the net so I’ve ordered my own copies from the States. I’m hoping they might list the cover artists as the UK ones don’t. STOP PRESS The movie poster has the same artwork as the later PAN edition and it is credited to John Berkey.

Also acquiring early editions of ‘Morse titles by Colin Dexter which still have the pink rectangle/red circle logo on them and I have got up to “The Secret of Annexe 3” from 1986. Just wondering if anyone knows if that logo was used on later titles? I’ll put up the page next week if two variants I found in Bulgaria arrive in time especially as the postage was less than I’ve paid for books sent in the UK…….

…… and finally you got to admire the optimism – and not even free p&p! 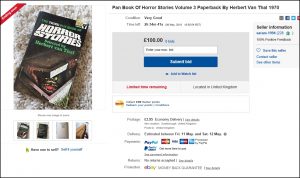