You can image how happy I was when I found this countertop display stand from around the 1950’s at an antiques centre in Stroud and at a price I was happy to pay especially as it included shipping. In the photo I’ve used PAN numbers 1 to 9 but may use it for the titles with dustjackets.

Having mentioned I had got behind with my scanning I’ve taken the opportunity of the ‘heat wave’ to stop inside where it is cooler and have now scanned all my Dashiell Hammett covers and related titles. PAN published only four of his five titles, not including ‘The Thin Man’ for some reason plus a couple of collections of short stories. I have grouped them by title and then printing rather than same themed covers together.

Having noticed it was the 80th anniversary of ‘Operation Frankton’ in December (I know it’s early but probably forget when we actually get there) I have scanned all my ‘Cockleshell Heroes’ editions as they tell the story of the operation. This was filmed in 1955 and at the back of the editions up tom 1970 there is an Appendix F which tells of the making but then gets dropped in future editions.

I love eBay in that you never know what is going to turn up and last week it was 18 PAN Crime badges in an old tobacco tin.

PAN started to use this logo in the late 80s/early 90s and examples can be found on ‘Morse‘ titles and those by Paula Gosling, Sue Grafton and Julian Symons. amongst others.

This news item appeared in papers and online including illustrations of book covers but very disappointingly those by Catherine Rayner, no mention of Hans Helweg.
The BBC is to turn the adventures of Olga da Polga, the lovable guinea pig created by author Michael Bond, into a major series. First published in 1971, the Peruvian pet guinea pig with a wild imagination has lived in the shadow of her more famous South American compatriot. Based on his daughter’s first pet guinea pig Olga, and like Paddington, hailing from “darkest Peru”, Bond’s indomitable rodent charmed generations of children with her web of tall tales. BBC bosses, on a mission to discover new characters ripe for animation, rediscovered the illustrated Olga books following Bond’s death in 2017, aged 91. The 13 episode series will be produced by Scottish company Maramedia, featuring a “unique blend of live action with CG visual effects for the animals’ mouths, as well as colourful animation for Olga’s imaginative tales”
I’ve mentioned Hans name wherever there was a chance to comment

Having been away for a few days I’ve not had the time to scan a lot of material that I wanted to include but maybe at a later date. While down by Henley on Thames we visited Greys Court, a National Trust property once owned by Ian Flemings mother Evelyn (1934 to 37) but not a Bond in sight let alone a PAN so disappointingly nothing to add to PANs as seen at NT properties section. Apparently Ian’s name for his mother was ‘M’ On the plus side Henley was interesting in that it was the tail end of Regatta Week and everyone was very flamboyantly dressed. With some young ladies wearing very little I didn’t know where to look ……!

I was really pleased to pick up another advertising item which I’ve now added to the changing display on the front page of the website. It was not quite as good as it looks having some rubbing damage to the right hand side which I’ve covered up for the screen but will leave on the actual item as it is part of its history.

I was very happy to get an email from Cecil Vieweg as I hadn’t heard anything since I sent an email 6 months ago. He has not been too well but is on the mend and has promised to sort out more of his artwork to send me on CDs. He included a few but without labels. Now the challenge is to track them down but I think some are advertising or for Sunday papers. The one above shows Judge Roy Bean in an illustration for the story ‘The Hanging Judge’ but we’ve not sure where it might have been used, anyone help? I was wondering if possibly for an edition of Readers Digest Condensed Books? I’ve added the artwork to his page, as although not PAN, I like Cecil’s style.

When browsing in a local charity shop I was surprised to see that they were not all ‘chic lit’ books on the shelves but there was a solitary PAN S/F. I knew I had got a copy but this one had a sticker saying ‘Hugo Award Winner 1979’ On coming home I see it is more unusual for the book NOT to have the sticker and when I looked at my other copy I could see it did have one that has came off at sometime. It also says it was ‘Winner of the 1976 Nebula Award’ and a quick search shows it is quite common for a title to win the two. The book is ‘Dreamsnake’ by Vonda N. McIntyre with a cover by George Underwood. I’ll add the other Vonda titles for next week but neither she nor George feature greatly in PAN catalogues.

Having mentioned the couple of pieces of artwork by Gordon Crabb I was able to acquire recently here is the second one. It is a double, front and back, for ‘The Scapegoat’ by Daphne du Maurier. PAN published this title three time in nine years with different artwork each time, I think I was lucky to get the one I did as I’m not that enamored with the other two. I’ve also added a couple of non PAN covers from Gordon as I had them on a shelf. To see other du Maurier titles click HERE It was a bit of a coincidence that after mentioning ‘The Scapegoat’ I was looking through Margaret Forster’s book on ‘Daphne du Maurier’ to find any PAN references when I came across this one.

There were a couple of other references made about PAN by du Maurier in the book. The first is not a flattering one while the second shows she changed her tune when it came to money! 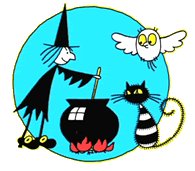 Having just spotted another bookseller incorrectly claiming their edition of ‘The Life of Ian Fleming’ by John Pearson was a first edition first printing I thought I’d mention again that only a true first edition first printing has the number E12 on the front and spine. It doesn’t have the mention of Jan Pienkowski on the back plus the price is only 95c in New Zealand. I always think of Jan Pienkowski as the artist of several fantastic pop up books setting the trend for the many to follow back in the 70s and showing they were not just for children to enjoy. My children would probably say they best remember his ‘Meg and Mog’ books, a firm favourite of theirs and now of our grandson.

SORRY if you went to look for the blog early on last week but got the message about not being able to establish a link. What happened was the company that hosts my website said they couldn’t upgrade my database unless I changed the password. Not sure why but went and did it anyway only to then remember I needed to change the config for WordPress to the same password. Having failed to locate the config file due to ‘old age’ i.e. couldn’t remember where it was and having failed to successfully change the password back to what I thought it was I resorted to ringing the support line. All I can say was I’ll give them five stars as he was very patient and got me there in the end. I now feel very silly as I realised I did know where it was, I’d just not looked there.