With the launch of the latest remake of ‘Ben-Hur’ I looked along the shelf to find my copies of  X32 ‘Ben-Hur’ by Lew Wallace. I have the first printing from 1959 and the 6th printing from 1962 which seem almost identical apart from the adverts in the back although I’m sure I read somewhere there were other differences?

The cover is by James E McConnell. The signature has only been half trimmed off on the 1959 edition but almost all on the later. It looks like he signed ‘Jas’
not ‘James’ 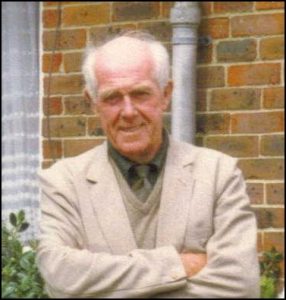 He was the son of Thomas McConnell and Margaret Loadman and was born in Bedlington, Northumberland on 15th July 1903. He married Adelaide Godfrey Bambridge in December 1933 and they lived at ‘Katina;, Nork Hill, Reigate Road, Epsom. Adelaide died in 1946 and he then married Rosina Lince in Tadworth on 27th September 1947. McConnell died at ‘Low Barbary’, Amberley Lane, Milford, Surrey on 4th May 1995. He left £155,004

The MGM movie from 1959 was to the fourth adaptation of the book by General Lew Wallace following on from the 1899 play by Klaw and Erlanger which ran for twenty years. 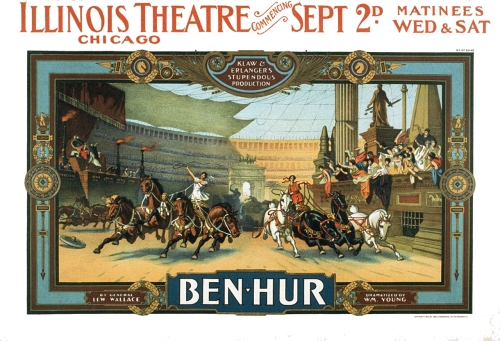 Then came the 1907 and 1925 silent screen versions. Only time will tell if the 2016 edition will be as well remembered?

Three more example of the many covers by McConnell for PAN are ‘Guns Up’, ‘The Foundling’ and my favourite ‘Riot’

Having just got back from a couple of weeks in Ireland I was pleased to find the two scheduled blogs had launched on the right day. We had a great time travelling round in our camper and were very pleasantly surprised nearly every day when the dismal weather forecasts turned out to be wrong!

On the penultimate day we were staying at Rathdrum and my wife wanted to go into the capital and the station on the Rosslaire to Dublin line was only ten minutes walk away. As it was nearly thirty years since we last went I agreed. There was no intention to visit bookshops but if we just happened to see one it would be rude not to call in wouldn’t it? The reason I say I was disappointed in Dublin (not with Dublin) is that we came across four second hand book shops and only one, the’Secret’ one, had any 50/60’s PANs (I found three) On the plus side the gentleman in the ‘Book Exchange’ in Talbot Street was actually interested in PAN’s and I gave him my website address so if your reading this “Hi” 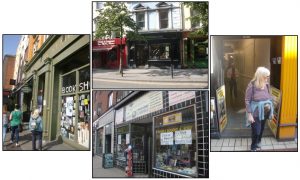 I was going to include ‘Ben-Hur’ this week as a film tie-in to the remake (sounds like another flop) but having run out of time it will be next week. The two updates are for covers I couldn’t find recently ‘Emma in Love’ by Honor Arundel from 1973 and ‘Whirlpool’ by Colin Forbes from 1991

Honor Moryfdd Arundel (pictured left above) was a Welsh communist who wrote poetry and children’s books. She was born in October 1919 and wrote over nine stories for children, three of which were published by PAN under the Piccolo inprint. Arundel married the actor Alex McCridle who was a regular television character actor and later appeared in the first `Star Wars’ film in 1977 as General Jan Dodonna, leader of the Rebel Alliance. Honor died in June 1973.

It was while scanning in the covers of the three ‘Emma’ titles I noticed PAN had slipped up. PAN often used the same text pages but changed the covers over the years. The titles printed in 1972 all say the covers are by Mary Dinsdale (pictured centre above) The reprints from 1988 all say ‘Covers by Carol Binch’ (picture right above) on the back cover but ‘Emma’s Island’ still says ‘Cover by Mary Dinsadle’ inside as well!

I emailed Carol as she kindly replied when I mentioned her before but not heard anything back as yet.

I seem to have a hectic couple of weeks coming up so slightly more rushed blogs than usual (you hadn’t noticed I hear you say?)

For some reason or other, for someone who always says he does judge a book by its cover, I also like proof copies and as I’ve a couple on the desk before me I’ve scanned them in. The first is the 1971 proof copy of “How To Play A Good Game Of Bridge” complete with coffee mug ring and the second “Whirlpool” by Colin Forbes from 1991. I’m not sure the cover I’ve included for the latter is the 1991 edition as I can’t find my copy to double check. I do like the messages on these copies saying ‘…. not for sale’ etc. I’ve scanned them in scale to show the relative size difference.

I’ve just got a copy of the 1984 edition of ‘The Piccolo Bumper Crossword Book 1’ to add to the other firsts. While trying to find a first I kept coming across the 1994 edition and now I realise this is yet another page where I need to rescan all the covers again at a large size. PS Anyone got numbers 11 or 12 which are included in compilation book 3?

……… and finally I’ve just spotted this on a news page. It’s intended to cash in on the Pokémon GO craze but reminded me more of Geocaching which seems to have gone off the radar. “Aveline Gregoire set up a Facebook group a few weeks ago, called Chasseurs de Livres (“Book hunters”). Members post photos and hints about where they’ve hidden a book, so others can look for them. Once you find and finish reading the book you’ve found, you can “release” it back into the wild for other players to stumble upon” Why was my first thought that it was a way of getting rid of those books neither I nor charity shops want but I can’t actually bring myself to throw them away!