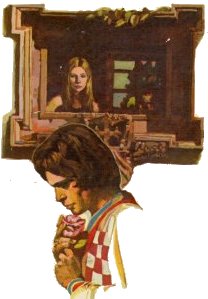 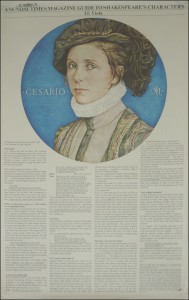 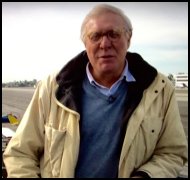 As I mentioned last week I was really pleased to be contacted by Gavin Scott who has a very long list of accomplishments to his name. The best one I found was on Gavin’s page on Amazon.com (it’s not on the UK site) Gavin sent me an article about how PAN ties in with his latest book and you can find it HERE. I’m hoping for more in the future. Here are a few covers for a story by Gavin for a favourite film. 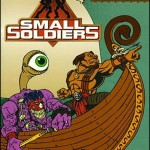 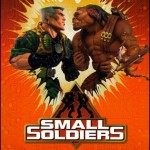 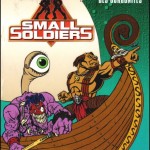 I recently bought a 1950’s FLIER for gardening books off eBay but was a little disappointed in that it only featured one title that I could possibly tie into PAN from the year 1950 but it does mean I can mention the delightful but sadly missed artist Val Biro again. 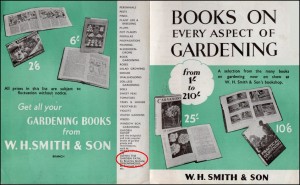 Finally goodbye to magician Paul Daniels who died on the 17th of March and who had two of his books of magic published by Piccolo in 1980 and 1981.

Over the last few weeks I’ve undertaken an activity which up to now has been alien to me, namely getting rid of books. My wife has decided I now have to have a ‘one in, one out’ regime so I’ve been passing on some titles I’m quite happy never to see again. It was while sorting some tatty duplicates to give to a great National Trust bookshop at Baddesley Clinton I started looking at dates and prices. I now present my equivalent of the Big Mac Index but for Nevil Shute titles from the mid 70’s.

It was comparing the prices on a couple of copies of ‘No Highway’ as below I noticed the huge variation over just a couple of years, was there rampant inflation then? 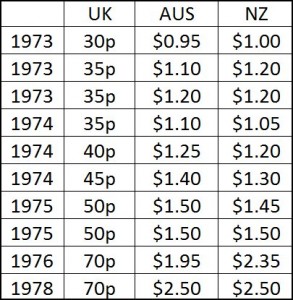 It’s interesting to see on the 13th edition there is just the faint remnants of pricing that must have been for the 12th edition as it says the Australian price was $1.20. All apart from ‘The Chequer Board’ are listed not for sale in Canada. The 1974 edition of this title is priced $1.25 and a year later had gone up to $1.95

I mentioned in the last blog  the book ‘The Unborn’ and that it was inscribed to what I thought said Peter Parr but it turns out it was to Peter Pann, the nickname of Peter Tietjen who has appeared in previous blogs and  who worked at PAN in the 70’s. It was a complete fluke I found the connection but Peter says he auctioned off a lot of his signed copies only recently.

I was really ‘chuffed’ to be contacted by Gavin Scott (and not me doing the badgering as usual) He very kindly said “I’m a great fan of your site, which I think is superbly organised and very rich” Thanks Gavin and I’ll have more from Gavin in the next blog.

PS I don’t think my wife noticed I came back from Baddesley Clinton with three books under my coat. One is for a ‘Jalna’ page I’m putting together but as usual books are arriving very slowly from the States but should all be here in a couple of weeks.

While looking on the ‘Illustrated007’ website I noticed Peter had a photo of shop window displays featuring PAN and James Bond. It was credited to just ‘Robin’ but after a couple of searches I found Robin to be Robin Harbour, the very well know James Bond fan who happens to live just a few miles from me. 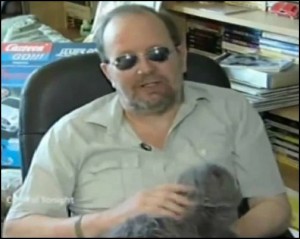 I contacted him and he very kindly called round with his scrapbooks so I could scan in all of his cuttings from the magazine ‘Contact’ the Smith’s in-house journal. Robin told me he worked at our local branch in the 60’s and was asked to throw out old copies of the magazine but luckily he removed several relevant pages before doing so.

In the 60’s W H Smith ran competitions for window displays and gave prizes. I  have included all the ones we know of HERE plus a couple of other articles relating to PAN and James Bond. If anyone knows any others or has original copies of the magazine I’d love to hear from you.

I discovered that the W H Smith’s archives are held at ‘The Museum of English Rural Life’ based at Reading University. They kindly looked through all the copies they have of  ‘Contact’ and could only find a reference in number 22. They have scanned in the cover which features PAN in a window display. They contacted W H Smith to obtain their permission for me to use it on my website, fortunately they said ‘Yes’

Just think how much some of those items on display would go for today when they probably ended up in a bin somewhere but then again their value is in their scarcity.