Slightly shorter blog than usual as my son is getting married soon and we’ve spent the last few days moving ‘stuff’ from here in the Midlands down to Kent where he’ll be living. We are sharing the driving using different routes for variety as the joys of the M6, M1, M42, M40, M25, M26 and M20 are now beginning to pall! 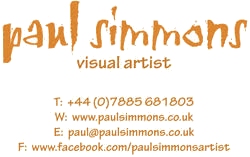 On the plus side Paul Simmons very kindly got back to me with a couple of photos of the artwork I featured last week. I’ve added the picture of him with the covers to the existing page. Click HERE to see it.

Paul also took the trouble to emailed some more information on the SAS covers and replied to my first comment about did he get paid twice when Severn House used them?

I do not remember seeing the Severn House publication of ‘Mailed Fist’ or whether I ever received any payment I’m afraid. It’s disappeared into the mists of time now.

I’ve retrieved the artwork I have from my archive (aka attic) and have the originals of 5 out of 7 SAS covers and also ‘End Quiet War’ and ‘The White War’. Thinking back I remember only 7, the last being ‘Borneo Story’. The missing artworks are ‘Mailed Fist’ and ‘Marching Fire’ – I gave both those away to a couple of guys who had posed for all the reference – they were ex-military (one had also done a tour with the SAS) and supplied all the uniforms, kit and guns which were still legal to own in the 80’s). The SAS guy emigrated in the late 80’s when the ban on handguns and semi-automatic full-bore weapons was introduced after Dun Blane – he was running a combat firearms school in Phoenix, Arizona when I last heard from him. The artworks are all painted in oils on board or on canvas boards I made myself so have not deteriorated at all.

Severn House doesn’t credit Paul for the covers but does say ‘With acknowledgements to PAN Books Ltd.

Off to Berlin next Saturday for the week to see if they have an English Christmas Market so not sure if there will be a blog next Monday?

Just received this tempting offer from -ING Creatives where my genius has been recognised at last (or is it really me plus several million others?)

Hi Tim,
I noticed you’re a creative like us and like what you’re creating.
We are wondering if you’d like to join our -ING Community in Dubai and be at our Creative Festival happening April 2017.

Apparently I can get a – 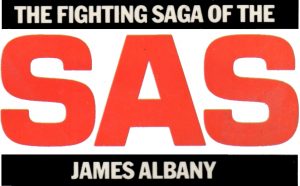 Just idly rearranging books on a shelf yet again when I found I’d got seven titles in ‘The Fighting Saga of the SAS’ series by James Albany with covers by Paul Simmons. I contacted Paul by email to ask about them and he kindly replied;

Hi Tim
Guilty as charged.
I did these (and many others) during my early career after graduating from St Martins School of Art. I was very fortunate that I was able to go straight into freelancing, working for a large number of publishers during the late 1970’s and early 80’s including Pan, Hodder and Stoughton, Corgi etc.
I had done a few covers for Gary Day Ellison at Pan including ‘End Quiet War’ and ‘The White War’ when the Iranian Embassy Seige happened and the SAS were suddenly catapulted into the limelight – this series of books was obviously to take advantage of that. There were about ten in the series. I still have some of the original covers that I will try and find to scan and send to you.
I still also have some of the original artwork – three of the ones you have sent and two others. Also ‘End Quiet War’ and “The White War”. I’ll get them out as they are in storage in the attic and do some pics for you – also try and remember a few details.
Regards, Paul

Hopefully I’ll have more information to include in a future blog.

Finally I’m really excited to be in contact with Gordon who was actually one of the crew of the boat the ‘Lalun’ which PAN used to ship books from France to the UK from 1947 . He has lot of photos which his Granddaughter’s partner, Jake,  is kindly scanning in for me.

Following on from a blog of a couple of weeks ago where the title of a book changed completely when made into a film, here is another by Arthur La Bern. 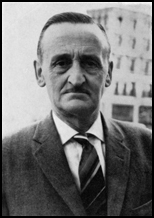 Arthur Labern was born in 1909 in Islington.He was  a crime reporter and correspondent for the ‘Evening Standard’ during World War 2. “It Always Rains On Sunday” (1945) was his first novel. By then he had changed his name from Labern to La Bern and was claiming Huguenot ancestry, but there is no evidence to support the claim. More novels followed including ‘Goodbye Piccadilly, Farewell Leicester Square’ adapted for the screen and directed by Alfred Hitchcock. It was renamed ‘Frenzy’ but La Bern was unimpressed with the result. He died in 1990.

I seem to have had a few strange coincidences since the Book Fair last week in that Arthur La Bern lived off Russell Square and we’ve just finished re-watching the excellent TV series ‘Black Books’ which used the premises of Collinge & Clark for the outside shots,again very close to Russell Square. If I had done my homework I could have visited both sites, maybe next year? 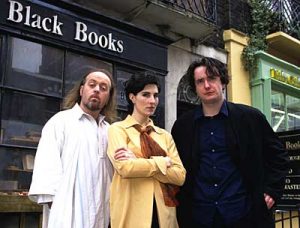 A third coincidence was me scanning in the cover of the La Bern book ‘Hallelujah!’ while hearing on the radio of the death of Leonard Cohen.

Footnote: Still trying to find out where the ‘J’ in La Bern’s name came from as it’s not there on the census records of 1911. Was it added when Labern became La Bern?

While down in London for the Fair I was pleased to see last weeks blog published itself on time, pity there were two spelling mistakes and the link disappeared. I tried to fix it using my phone but never managed to get it to save updates but all fixed now.

Having accommodation just around the corner meant we arrived just after 9:30 to find things already well underway. Now wishing I hadn’t come down on the train with a backpack as it meant I was a bit restricted as to what I could carry back.

It was good to meet up again with some old friends and put faces to others where we’ve only emailed.

The best purchase was a crown (examples were on the website courtesy of Jules Burt) but now I have one of my own plus a contact who has other PAN bits and pieces. Here it is shown on the top of the book by an author I’m featuring next week. 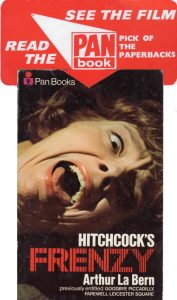 I did actually buy a book to read, well there has to be a first for everything, namely ‘Softly Softly’ which has a picture of Frank Windsor on the cover. In fact Frank was born Frank Higgins, a local lad from round here. 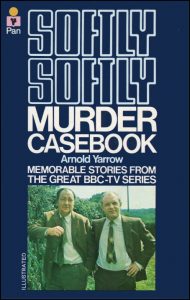 Also on at the same time was an Ephemera Fair and in a moment of generosity I bought my wife something which meant I’d spent more on her than on me! It was three printers plates for a Donald McGill postcard but it turns out we only had the red and blue plates, the yellow was for a different card altogether.