This weeks blog features more of the artwork and sketches by Hans Helweg for three titles in the slave/plantation genre with possible voyeuristic overtones. PAN covers tended to be more restrained than those from other popular publishers and these are probably about as ‘titillating’ as they got.

1) Slave Ship by Eric Corder. This is the a pseudonym of Jerrold Mundis who was born in the Midwest USA. He has been an editor at The New York Times, and is an experienced teacher of professional and avocational writing Among his many books was a nautical one, ‘Slave Ship’, banned in Australia in 1971.  One of the censors wrote that: ‘This is a gruesome, horrifying and apparently semi-factual account of an American slave-ship’.

2) ‘The Slave Stealer’ by John Boyd. This was the primary pen-name of Boyd Bradfield Upchurch who was born in Atlanta on October 3rd 1919 and died June 8th 2013. His best known work is his first science fiction novel, ‘The Last Starship from Earth’, published in 1968. Boyd wrote eleven science fiction novels, five other novels, and one biography.. The other titles PAN published were ‘Polliinators of Eden’ and ‘Rakehalls of Heaven’

The first of the two covers by Hans Helweg this week is for T14 ‘DRUM’ from 1965 by Kyle Onstott. PAN produced at least three different covers with the first being slightly tweaked for the third varient of it where the figures are moved in front of the buildings., not really sure if that actually improves it! 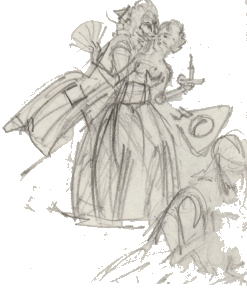 The second Hans Helweg cover is for X356 ‘Three Restoration Comedies‘ from 1965 which was also published as GP15 in 1953.with an introduction Norman Marshall. The three plays are ‘The Way of the World’ by William Congreve, ‘The Beaux’ Strategem’ by George Farquhar and ‘The Country Wife’ by William Wycherley. This is one in the ‘Famous Plays Series’ of which PAN published many over the years. I feel a page coming on!

It’s always a surprise to find an ‘new’ cover for the numbered sereis as I spotted on eBay. Unfortunately I was not the only one and the fierce bidding soon reached double figures, luckily I managed it for £10 which is about five times what I’d like to pay, It was from Milo in the Netherlands whom I’ve bought off before as he  had the less common covers but not for a while.  It was for X349 ‘The Battle at the Villa Fiorita’ of which I only had the film-tie in version but have now got another with the same date but a painted cover although I can’t spot an artists name. It looks as though it might be based on the hardback 1963 Macmillan edition cover as below painted by William Stobbs. I was intrigued to see the message on the back of the one I have just recieved that says ‘Special Open Market Edition’ which I’ve not noticed on a cover before. I found this which explains it ‘Open market When rights have been granted exclusively in North America and the British Commonwealth the rest of the world is typically considered an open market. This means both the US and the British publisher may sell there’

Next weeks blog is a special with three Hans Helweg sets of sketches for covers with a very similar voyeuristic theme!

Nearly seven years ago in a blog from September 2013 I referred to the two Papersculpture books PAN published, namely ‘The Railway Children’ and ‘Oliver Cromwell’ by Godley and Creme and mentioned there was a third lsited as PAN but wasn’t. It was actually published by Cato O’Brian around 1980 and was “The Charge of The Light Brigade” incuding a model of a Hussar. I saw a copy for sale last week and I don’t know how they managed it, but in spite of the seller using copious amounts of card, the carrier still succeeded in bending the corner! It was much bigger than I imagined and is complete with the model but I’m stll not sure if I’ll make it or not as I would like a photo but don’t want to spoil the book.

William Francis Phillipps was a prolific artist but very little is known about him. The Book Palace biography says “A very accomplished British artist and illustrator, famed for his paperback cover art. He painted the front covers for many Agatha Christie Pan Books paperbacks during the early 1960s and was an illustrator par excellence for several children’s titles (across the ages) including Look and Learn, Treasure, Once Upon A Time and Teddy Bear. He illustrated many other covers including a remarkable series of western paperback covers for New English Library in the 1970s by J T Edson as well as for the popular Edge and Adam Steele wild west series. He also illustrated many books including ‘The Mysterious World of Dinosaurs’ and the magazine series ‘Birds That Cannot Fly’, both in 1980. He was equally at home painting cosy children’s nursery rhymes, gritty western covers, Bible stories, vivid natural history portraits (mostly fauna, including Dinosaurs), and many other subjects” I recently acquired a mixed collection of his artworks most of which have yet to be idetified as to whether or not they were used as book covers but among them was a couple of sketches for ‘Spanish Stirrups’ by John Prebble in Penguin which was very remisiscent of a couple of Adam Steele covers I also have, the one I’ve included is ‘Crossfire’. Probably one of his most well know covers for PAN was “The Third Book of Horror Stories” which hangs on the wall above me. A sample of one of the mystery covers is below, I suspect, from the layout. it might be for a title page on a Readers Digest Condensed Book?

There will be a double bill of Hans Helweg’s sketches next week but in the meantime I had an email from Christine Isteed of ‘Artist Partner’ who have/had so many PAN cover artists on their books. Sad to say she was asking for contact details to pass on to another artist the sad news that Gary Keane had died. Gary did at least three covers in the ‘Horizons’ teenage fiction series. As an aside she also mentioned the artist Roger Coleman and how she was the model for the girl on the front cover of his Nevil Shute ‘A Town Like Alice’ I think you can still see the similarity now. 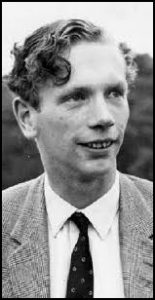 This weeks Hans Helweg artwork was a surprise as I was replacing a book on the shelf next to it when I realised I had some preliminary sketches for it. It was ‘Hot For Certainties’ by Robin Douglas-Home and after looking at the blurb on the back I think I might have to read it! I’ve included artwork for the boy and three versions for the girl but looking at the others I think there might be more in the dozens in the folders. Cecil Robin Douglas-Home was born on the 8th May 1932 and died on the 15th October 1968 and was a British aristocrat, jazz pianist and author. He was the eldest son of the Honourable Henry Douglas-Home from his first marriage to Lady Margaret Spencer. His uncle was the former British Prime Minister Sir Alec Douglas-Home and his younger brother Charles Douglas-Home was the editor of The Times. He was first cousin of John Spencer, 8th Earl Spencer, father of Diana, Princess of Wales.

After showing a maquette for the cover for ‘To Live  In Danger’ by Bryan Magee back in January I have since found a prelimianry sketch for the cover as well and have now added it to the page.

It’s good to see a new series featuring Michael Portillo on his ‘Great British Railway Journeys’ again albeit with a mask and social distancing. Last Wednesday he visited Camfield Place, the home of Barbara Cartland. She wrote over 700 books of which I think PAN published 130 and a lot the books in cases and artwork for covers can be seen on her walls. Apparently she was not poupular with artist, especially Francis Marshall, as she thought she was entitled to keep the artwork as her own. 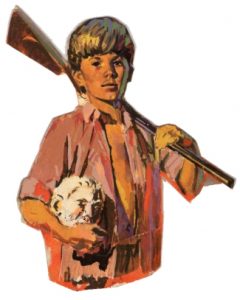 Amongst the sketches and preliminary paintings I have in Hans Helweg’s folders are two and a half covers for Max Catto titles. The reason I say half is that I’m not sure if one was used although the characters look vaguely familiar but I’ll get to that in a couple of weeks after a bit more reasearch. Todays painting is for ‘I Have Friends in Heaven’ numbered M257 from 1968. It is interesting in that it is paintings on two card cut outs for the boy and the horses but I’ve not found a background yet.

Having mentioned Nevil Shute and his plaque in Sydney last week I was looking through my copies of the PAN Record and on the cover of number 32 from May 1961 they celebrated the 1,000th title published by PAN which just happened to be ‘A Town Like Alice’, the one title mentioned on the plaque. PAN certainly gave it a good ‘plug’ as it gets mentioned not only on the cover but on two pages inside.