I’m always on the look out for more variants of Jack Higgin’s covers and spotted these two on an Indian website where they were shown as ‘SOLD’ I’ve not see either before as ‘A Season in Hell’  usually has a blue background) and ‘Confessional’ is a new one altogether. Just wondering if anyone has got either so I can get a good quality scan and publication date?

Always a pleasant surprise to find a book that you get for a few pence turns out to be signed as in this case one by Penelope Lively. 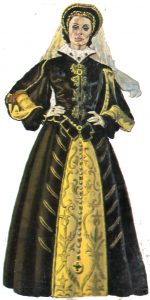 While going through Hans Helweg’s drawings one that jumped out was for ‘Immortal Queen’ by Elizabeth Byrd. I have included two but I’m not sure if one is for the same book or if it reminds me of another cover I’ve not recalled it yet. Sarah Elizabeth Evelyn Byrd was born on December 8th 1912  in St. Louis, Missouri and died on May 11th 1989 in Tucson, Arizona. She had many jobs in broadcasting and journalism before moving to Aberdeen, Scotland. She wrote 13 books altogether of which PAN published 7.

FOOTNOTE: I bought a book from Antikvárium in Hungary and after a couple of weeks received an email to say due to the rising levels of COVID in the UK and to protect their workers they were no longer posting to here. I emailed back to say “Sorry, what?” but no reply. Am I missing something?

UPDATE As I was having problems with the default ‘comments’ option I have added in ‘wpDiscuz’ which appears to be working and all previous comments are now showing. This uses the existing ‘comments’ button but has a squillion more options so it will be a work in progress while I fine tune it. Reasonably happy with it so far apart from everyone seems to get the PAN Avatar!

Three blogs ago I posted a ‘rough’ of a cover by Hans Helweg and asked if anyone recognised it? Well I very pleased to say Tony Whitehorn emailed; “On your 28 Dec blog you showed a rough of a Helweg cover and asked if anyone could identify which book it was for. In case no one else has done so yet, I can tell you, because I wrote the blurbs for it and still have the cover, though not the book. It was for ‘TO LIVE IN DANGER’ by Bryan Magee (Pan X184), which I remember as being a good thriller” Tony was featured in another blog HERE

I have been collecting up the Piccolo books I have called ‘FLASH’ titles as they have one across the cover. They are mainly jokes, riddles, limericks, poems and ‘funny’ newspaper cuttings and can be seen HERE. There are several other titles in the same genre but without the ‘flash’ and I’ve added a couple on the page. There are a few more titles I will add if I come across them but they are not that high on my priority list!

I was really pleased to find some preliminary sketches from Hans Helweg for his Wiibur Smith covers. I’ve added them to the page I made for him and his ‘Golden Pan Award’ I also found three photographs of Smith in his study that I added at the bottom and if you look carefully you can just about see the award on his desk.

Denys Parsons collected together items from papers of mistakes, misquotes and double entendres. He was the grandson of actor-manager Sir Herbert Beerbohm Tree. and originally worked in the field of scientific research and invention. He then became a film-maker and finally ended up as the Press Officer for the British Library. Click HERE to see the his PAN/Piccolo titles.

PAN published four of the thirty two ‘Miss Silver’ titles by Patricia Wentworth including ‘Pilgrim’s Rest’ from 1953 with artwork by Sax (Rudolph Michael Sachs) Hodder reused it for their 2007 edition of the same title but did not really do it justice. The other titles are ‘Miss Silver Comes to Stay’, ‘The Clock Strikes Twelve’ and ‘Grey Mask’

This week is the last of the Hans Helweg artworks I got back in October but I do have a lot more of his sketches for covers that I will add if I can identify them. The artwork is for ‘Belle Catherine’ by Juliette Benzoni from 1968 for which Hans got paid £58.16. He is also painted the cover for ‘Catherine and Arnaud’ as in this photo I took in his studio. I’m not sure who painted the later edition of ‘Belle Catherine’ but it looks like it could be John Raynes?

Having acquired, over the years, several boxed sets containing different numbers of titles from the ‘The Hitchhiker’s Guide To The Galaxy’ I was pleased to find the above on a site in the States as I didn’t have one with just the first three titles. I’m not sure of the exact date of publishing although it will be ’42’ years in 2021 since PAN first published book one on the 12th October 1979.

Another boxed set but with a different subject this time, namely cooking and it contains three titles in the ‘A Taste of England’ series of recipe books. They appear to be the standard UK PAN editions but put in a slip case for an American company ‘LANDS’ END DIRECT MERCHANTS, INC’ with a trade mark registered in 1984. 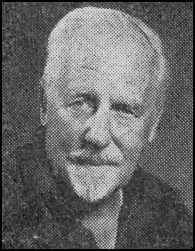 This weeks artwork by Hans Helweg is ‘Death Is Our Playmate’ by Patrick Turnbull. I also found a few preliminary sketches by Hans to go with it. I found a photo of Patrick in ‘Argosy’ magazine plus just a few details of his life. Patrick Edward Xenophon Turnbull was born on 17 March 1908 in Barberton, Mpumalanga, South Africa, his father, Hugh, was 28 and his mother, Ethel, was 28. He spent many years in the army off and on and was married four times and had three children. He died on 23 March 1986 in Chilton, Oxfordshire at the age of 78.