Having been in Norfolk for a few days means I’ve slipped behind with todays blog so here is a quick stop gap, back to normal(?) next week.

Quite a while ago I spotted a piece of original artwork which I recognised but it was credited incorrectly. It was supposedly by David Stowe, landscape artist and purported to be a S/F video cover from the 1980’s. In fact it was by PAN book cover artist Derek Stowe and it was the front cover of issue 88 of ‘Understanding Science’ from 1962. As the price was reasonable I bought it, emailed Derek about it and he was amazed as he thought all the artwork was held in captivity by publishers Sampson Low. 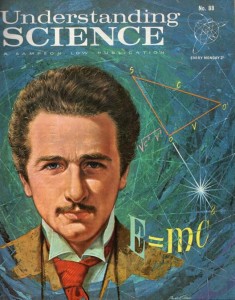 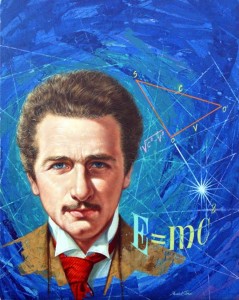 As a glutton for punishment I have started to scan in all 144 front covers from ‘Understanding Science’ which I picked up at a very cheap price but then had to pay over three times what I paid for them for carriage! I was surprised to see they were the rarer first printings and all in binders which is why it will take time to scan, they don’t want to come out willingly.

While looking at the different book covers PAN produced for Dashell Hammett’s ‘The Maltese Falcon’ over several years I was reminded that the 1951 edition had a cover by Philip Mendoza. Surprisingly Mendoza was also the artist for the ‘Gulliver the Guinea Pig’ comic strip in the Playhour comic from the 50’s/60’s. 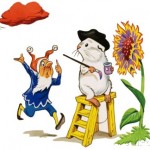 This made me search out some original artwork I had from Playhour but mine features ‘Harry Hamster’ and is by either Peter Woolcock or Colin Wyatt who both drew Harry. 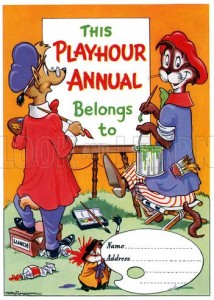 This 1961 Annual frontispiece above shows Harry with Sammy Stoat and Wally Weasel. The ability to turn ones hand to whatever pays is something I really admire about a lot of the artists who painted covers for paperbacks be it coins, stamps, corporate brochures or even wine bottle labels! 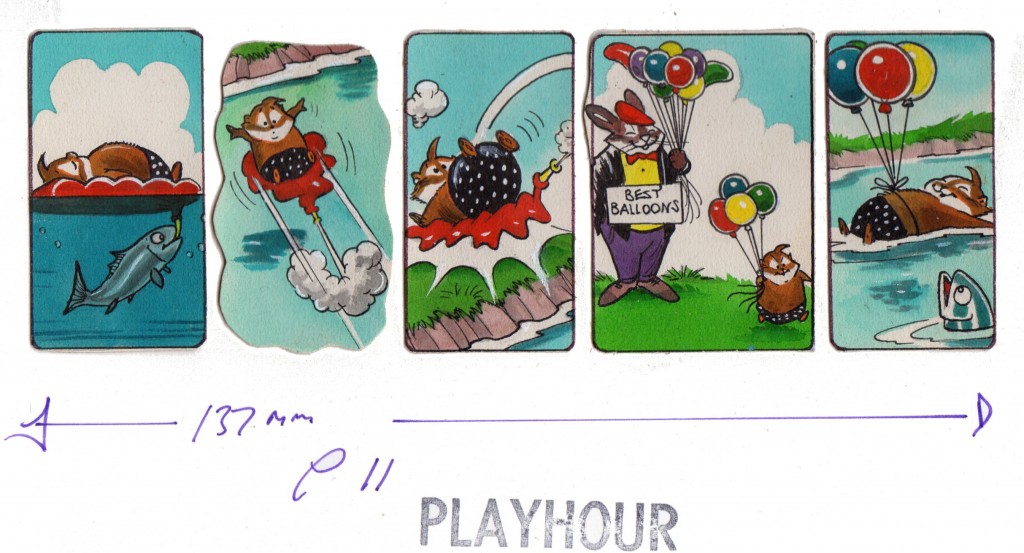 I have found six different covers for ‘The Maltese Falcon’ including the film edition and one as a Hammett omnibus from Picador. Other PAN titles with covers by Mendoza include ‘The Great Impersonation’ by Phillip Oppenheim, ‘King Solomon’s Mines’ by H Ryder Haggard, ‘Valley of Fear’ by Arthur Conan Doyle and ‘Towards Zero’ by Agatha Christie.
.
Footnote  Unfortunately Peter Woolcock was knocked down and killed by a car in Bermuda last December but I’ve emailed Colin Wyatt so hopefully may have an answer to the burning question of the moment “Who painted Harry?”
.
Update Just had a fantastically fast and very informative response to my email from Colin in which he says;
.
Dear Tim,
Thanks for your interesting email.  The artwork on the attachment you sent was done by Peter Woolcock. It was originally done as a black and white strip in Playhour sometime in the late 1950’s,  but then coloured at a later date and reprinted.  Peter did a lot of work for the young children’s comics for IPC at that time. This included  Willow Wood, a two page strip in Playhour that featured  Harry Hamster. . My first ‘Harry On His Own’ strip for Playhour was done in October 1960. I was member of the art staff on Playhour at the time, and  I continued to do the strip on and off for several years. (I still have the original artwork for that first strip.)
You are right, Phil Mendoza was the original artist on Gulliver Guinea Pig, and he was superseded by an artist named Gordon Hutchings who did some truly marvelous artwork.
Your website sounds really interesting so good luck with it.
Very best wishes,
Colin.
Update Just had an email from Colin, since reading this blog, to say Peter Woolcock also painted ‘Gulliver the Guinea Pig’ and in fact the example I used was one by Peter and not Philip but since then I’ve done a recheck on sources and found a site that says it is by Gordon Hutchings!

I recently managed to buy a copy of the UK film poster for ‘Angelique: Marquise of the Angels’ which shows two Pan book covers. After looking for this item for a long time I found one at a price I was willing to pay, one site was asking £299!

The original film was directed by Bernard Borderie and was a French production released there in 1964 and the UK version was released in 1967. Below are the two PAN editions featuring stills from the film as on the poster plus one other showing a different film still. 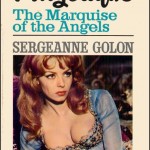 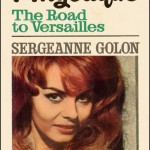 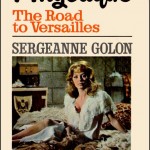 Lovely weather for our third outing walking along the “Yorkshire Wolds Way” where we have actually reached and just passed the half way marker. At this rate it will be 2018 before we finish but might just decided to go all out and finish it next year.
Why is it that signs always seem to be pointing uphill? 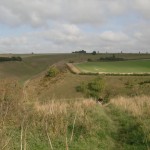 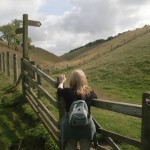 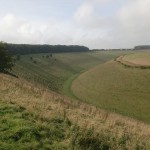 I’ve added this photo of Gavin Rowe who did several Piccolo covers but we have no idea if the artwork he is holding was actually used in a book. We have the Facebook members of Jane Badger Books helping but no luck so far, any ideas? 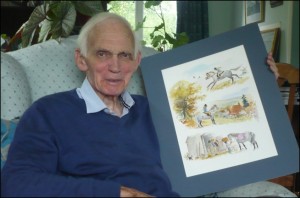 … and as promised last week an unknown artwork which was a free gift from Eileen Strange last summer included when I bought several others off her. I’m  sure I’ve seen it before but it just won’t come to mind. Any one help? 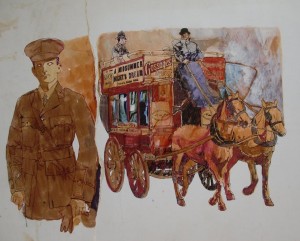