While idly searching for all things PAN I found a reference to a book “The Charge of The Light Brigade” which including a cardboard model to cut out and make of a Hussar by Kevin Godley and Lol Creme. The site stated it was published by PAN but it was not one I knew. I do have “The Railway Children”  and “Cromwell” both published by PAN and both including cardboard models by Godley and Creme. On further investigation I found it was actually published by Cato O’Brien and even though not PAN I’m going to add it to my informal ‘wants’ list so if anyone out there has a spare copy …….? 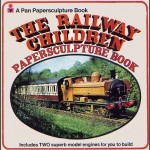 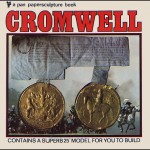 If Godley and Creme sound vaguely familiar it is because they were part of ’10cc’ before splitting up and becoming ‘Godley & Creme’ in the late 1970’s
Category: Miscellaneous
Subscribe
Login
4 Comments
Inline Feedbacks
View all comments

I have a copy of the charge of the light brigade in question I dont know whether you are still looking for this as only just tried to find out information on this, the book was given to me by my dad many years ago , models have never been made so in excellent condition

Hi Graham, Yes I certainly am still interested, I’ll email you off site. All the best, Tim

I have a copy of this in excellent condition. I am open to reasonable offers as it is really rare.

Hi Jack, I tried replying to the email address linked to your comment but I am beginning to wonder if you got it as I’ve not heard from you. I would be interested if the price was right – what have you in mind? Cheers, Tim