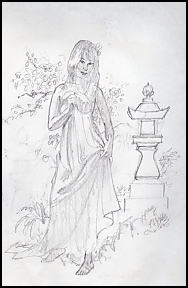 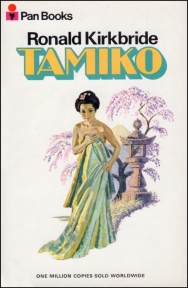 ‘m still going through Hans Helwegs’ sketches and there was one that I really felt I knew but just couldn’t get the title. It was very similar to earlier editions of ‘Tamiko‘  by Roanald Kirkbride, and it turns out I was right as it was for the later version by Hans from 1971

Having spotted another couple of cover varients a few weeks ago I’ve just got a third for ‘The Scapegoat’ by Daphne du Maurier. I’m not sure what it is about this particular tilte but I don’t really like any of the three versions., maybe the subject matter doesn’t lend itself to something more eye catching. Maybe I should read it? The latest one is by Pam Masco and joins versions by Gino d’Achille and Gordon Grabbe. I will add it to the du Maurier page shortly as it will need a move around to get all the same titles together.

No sooner was I adding the news that we had lost John Pearson than they announced the death of prolific writer and ‘Golden PAN Award’ winner Wilbur Smith. 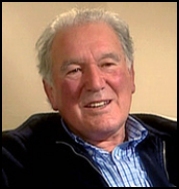 John George Pearson (05.10.1930– 13.11.2021) was born in Epsom, Surrey and wrote several fiction and non-fiction titles including E12′The Life of Ian Fleming’ and ‘The Authorisd Biography of James Bond’ ‘The Life of Ian Fleming” numbered as E11 seems to be rare as it was published just on the cusp of ISBNs coming in. Often the latter is called a first as the dates in side are the same. 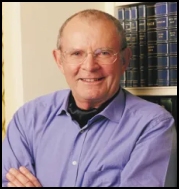 Wilbur Addison Smith (09.01.1933 – 13.11.2021) was a Zambian-born South African novelist and was probably the holder of the most ‘Golden PAN Awards’ for selling over a million copies of at least 22 of his 34 PAN titles. He has written 49 novels selling over 140 million copies worldwide. PAN originally published his books but he left them in 2012 for Harper Collins and then Bonnier in 2017. To see his page click HERE.