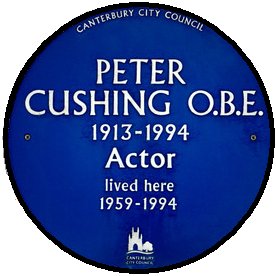 On our visit to the family in Kent last week we popped over to Whitstable for the day as they had a ‘town trail’ quiz for us to follow. What I did spot that was not included in it was a blue plaque on a house where Peter Cushing spent the last years of his life. This made me think of which covers featured Peter and so far I have only come up with two namely ‘The Man Who Finally Died’ and ‘Dr. Terror’s House of Horror’ Click on the plaque to see the house. 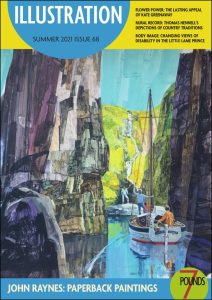 It was good to hear from Jim O’Brien again who was asking if I knew anything about artist Peter Charles who painted four covers for the ‘World’s End’ series. Sorry to say I don’t and searching doesn’t seem to throw up any useful answers, anyone out there who can help? Jim also mentioned he had got his article on John Raynes published in edition number 68 of ‘Illustration’ magazine from last summer. It’s a very good read especially as it features so many PAN covers plus a great picture of Sheila Raynes posing for a reference photo for ‘The Jesuit Trap’ 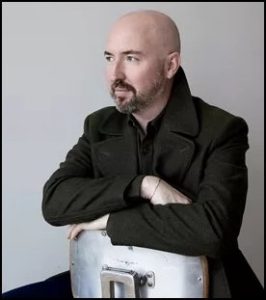 I was pleased to get an email from Nicholas Blake to let me know PAN had awarded another of their ‘Golden PAN Awards’. This time to Douglas Stuart’ for his Booker Prize winning novel ‘Shuggie Bain’ which has now sold over a million copies. Douglas was presented with the award at a surprise ceremony on the 21st April. This just happened to be my wife’s birthday and I think I made it into her good books by giving her the original artwork for ‘Also Known As Sadzia! The Belly Dancer!‘ painted by Kay Hodges. which she had always said was one of her favourites.

Sounds like you’re very busy at the moment Tim

Hi Bazeer, Good to hear from you and ‘Yes’ we are trying to get out and about but not as often as I’d like. Trying to line up visits to artist so something to look forward to. Hope you are keeping well down under? Cheers, Tim

Yes, now that restrictions are lifted we’re getting out and about here too. But sadly no cover artist visits planned, cheers Baz

Got an artists in Aberystwyth lined up but he doesn’t know it yet!