I was going to try and tie this in with an Australian holiday but missed what sounded like a great idea namely  “Picnic Day” on 1st August in the Northern Territory.

I’m going to look at three titles with an Australian link. 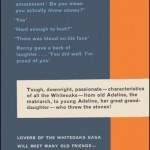 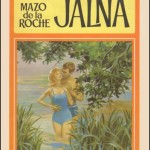 “Variable Winds at Jalna” was printed in the UK but only has prices on the back for Australia and Canada. On the front is a sticker I’ve seen before which I’m presuming was put on by an Australian distributor? Can anyone enlarge on that?
I found a website that said the cover was by Gordon King and I was really pleased as I have the original artwork but it is not signed. I contacted Gordon who wrote back to say it is DEFINATELY not one of his and he only did 4 of the 16 in the Jalna series. 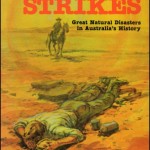 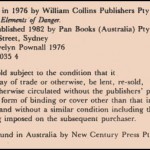 I’ve not seen this Piccolo title on sale anywhere but in Australia so maybe it was one exclusively for there, the only Australian printed Piccolo I’ve come across. The cover is by Walter Cunningham  who was born in 1910 in Surrey, England and emigrated to Australia in 1924. He joined the staff of John Sands in 1926 eventually becoming manager of the art department. He died in August 1988 at Mona Vale, New South Wales. 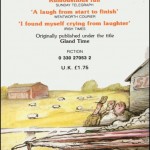 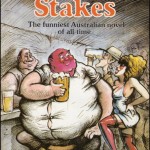 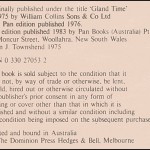 The last title was printed in Australia but on the back cover the only price says  it was £1.75 in the UK. Is this a rare case of books being sent from Australia and priced here in the UK instead of the usual other way around? The cover looked like it could be by Paul Sample (Tom Sharpe covers) and so I emailed him to ask if he remembers doing it or if I’ve insulted him as well by implying it could be one of his. He replied very promptly to say;

Dear Tim
Yes, it is one of my illustrations, dating from the early 70’s……….I can remember drawing it, dip pen, ink and watercolour. I did quite a few bookjacket illustrations besides all the ones for Tom Sharpe’s books. Not all of the jackets were for Pan though.
Cheers,
Paul