Thanks to Stuart Radmore in Melbourne who now holds the record for the fastest comment in response to a blog. I asked if anyone knew any more names/titles to add to the ‘Golden PAN Award’ role of honour and he came up with ‘Tinker Tailor Soldier Spy’ and he also let me know where I could find a photo of Le Carré holding it. I’ve added it to the page. Any more suggestions?

As a site that does ‘judge a book by its cover’ I am offering this couple as contenders for the ‘Most Boring PAN Cover Award’ that I have just instigated. 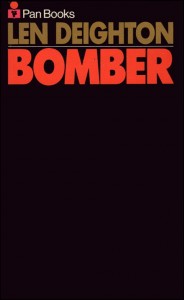 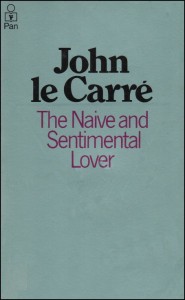 As PAN published at least two editions of these titles with different covers I am puzzled as to why they thought these would catch the eye. Click on them to see an alternative. Any more suggestions would be gratefully received!

Back in May 2015 I mentioned the books of mazes by Vladimir Koziakin and how I was waiting for Mazes for Fun 4′ to arrive in the post – well guess what turned up last week? I’ve also added ‘Gumbles on Guard’ with the Desmond Digby cover I picked up recently. I thought the Barbara Cartland nightmare was all behind me having found 129 titles but amazingly have now discovered another to bring the total up to 130. I’ll get around to rejigging the list one day but for now I’ve just stuck it on the end.

Finally every now and again I ‘google’ myself (doesn’t everyone?)  but nothing new comes up until just recently when I was most surprised and a bit chuffed to find I had been mentioned at the ‘Inclusive Learning Technologies Conference’ in Brisbane, Australia as follows ;
‘Back in 1976, pioneers like Steve Gensler in San Francisco and Paul Schwejda in Seattle were playing around with build-it-yourself kits which were to become the Apple, Commodore and Tandy computers released late the following year.

This is how, as soon as these “micro-computers” arrived, Steve had an early “Unicorn Board” (later called “IntelliKeys”) ready for the Apple and Paul had cracked switch access for the Tandy. There were also switches and overlay keyboards ready for Apple with the “adaptive firmware card” Meanwhile in the UK, an old colleague of mine, Tim Kitchen of Walsall, had a working overlay keyboard paving the way for the enormously successful Concept Keyboard on the BBC computers of the 80s and early 90s which even outsold America’s IntelliKeys’
Now normally I’m just too modest to talk about my past (!) but I am left wondering, if this was true, where all the  money went? Just think of all those books I could have bought. Seriously they were good times really feeling as if you were making a worthwhile difference to those with varied special needs allowing them to access computer technology. That is the one part of my old job that I do miss.