Back from Germany where the Christmas markets were very much the same as the ones here in the UK apart from the Striezelmarkt in Dresden, the oldest Christmas market in Germany running since 1434. It was so good we actually bought bits and pieces as presents, had Bratwurst and got merry on Gluhwein. We also got a free hotel room upgrade as my wife didn’t notice the shower tray was leaking and literally flooded the room. Must try that again next time we go.

Only a couple of things to report on the books front. Relating to another of my interests, Ian Fleming’s from around the world, I picked up 3 in German with the alternative Michael Gillette covers already having a set of the others in hardback.

I also found a copy of the Marvel Comics version of ‘Return of the Jedi’ but I didn’t know they jointly published it with Piccolo in this country. Click HERE to see my rather tatty UK edition and below is the US cover. It’s interesting to note how the UK pound has fallen against the US dollar looking at the prices on the covers from 1983. Then you got two dollars to the pound but now it’s only one and a quarter.

Sorry didn’t have time so Terry Oakes will feature next week. 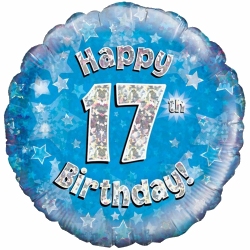 Nearly forgot, this site will be 17 years old in four days on the 16th of December.

UPDATE: Only just found out today (16th) that the site shares its Birthday with a PAN favourite, Philip Kindred Dick, who was born this day in 1928 in Chicago and died all too soon on March 2, 1982 in Santa Ana, California.

Just counting up how many titles has surprised me as I’ve only found four: ‘A Maze of Death’, ‘Galactic Pot-Healer’, ‘The Preserving Machine’ and ‘Nick and the Glimmung’ It may seem like more because there are so many cover variants on at least three of the titles.