While looking through some duplicates deciding which to pass on to a National Trust secondhand bookshop I found a postcard of French Chateaus. This reminded me of a piece of artwork I bought off eBay a couple of years ago by a well  known PAN cover artist, namely John Raynes. I was the only bidder and looking back it cost me £30 which was a real bargain as it came in a nice frame and the size (60cm x 30cm) means it fits perfectly over a door. Just Googling I’ve spotted several of John’s artworks around the mid £1,500 mark with one at nearly £6,000! Click on the postcard to see the artwork of the Chateau at Chinon.

PAN were quite consistent in naming their imprints beginning with ‘P’ with ‘Piccolo’ and ‘Young Piper’ for children’s titles and ‘Pavanne’, ‘Picador’ and ‘Piper’ for adult titles although ‘Picador’ could have been ‘Primrose’ as this was originally suggested.
I’ve previously mentioned trying to find ‘Pavanne’ titles where the name is under the PAN logo before PAN used just the Pavanne name. I do like the artwork on some of the Pavanne’ titles but dislike others. I’ll add a few of my favourites shortly but here are a couple of ‘Pavanne’ tiles given away with ‘Options’ in 1983/4. When I saw ‘Options’ my first thought was the chocolate drink but probably more likely the magazine which started in 1982.

I emailed one of the artists who painted a cover for a ‘Pavanne’ title who rang me up the same day. They  asked me NOT to include their cover as they really didn’t like it and it was not the sort of thing they did now. I’ve promised not to name names! 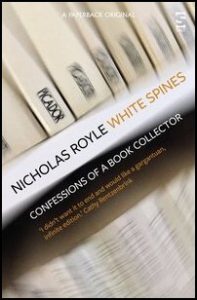