I recently spotted an edition of ‘The Captain’ by Jan de Hartog which made me look twice. I had the 1969 reprint version with a cover by Paul Wright but this looked different. It is the 1968 edition but why did PAN need to change the cover only a year later and produce two so similar? 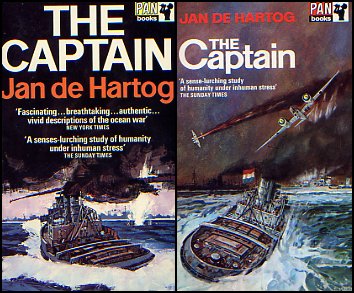