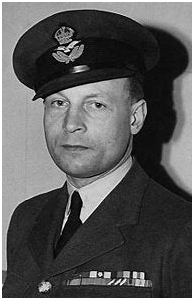 This weeks artwork from Hans Helweg is for ‘The White Rabbit’ the story of Wind Commander F F E Yeo Thomas by Bruce Marshall. I was pleased to see it was one of the few where Hans signature is quite obvious often having to search for a little HH hidden away somewhere. The acetate overlay has not stood the test of time well becoming very dark, like most of them from the 1960’s, but at least it is still attached. The artwork underneath appears as fresh and vibrant as it probably was when it was painted.

In one of those weird coincidences I heard from artist Paul Davies in Cheltenham, which was also where the Helweg artwork came from, to say he has published two books in support of a local charity, Longfield.. He is selling them at cost and if you are interested you can find details HERE.

Last week was a sad one in that we had to make the decision as to whether or not to have our elderly cat Scruff, who was in his late teens, put to sleep. The saddest part was he was still lively but just couldn’t eat due to problems with his kidneys and ulcers related to this. We like to think, that since he decided we would do as a home in 2009, he made the most of his time with us. Here is Scruff, the black and white one, with his possible daughter behind him, the mother of the daughter in the foreground and ‘Lady’ the fox. We’ll all really miss your Scruff. XXX