PAN was always popular in Canada and Australia with them occasionally bringing out customised titles. I recently came across X730 ‘Night Without Darkness’ by Ken Orvis which had been overprinted for the Canadian market but otherwise is the same as the UK edition being printed in Aylesbury. 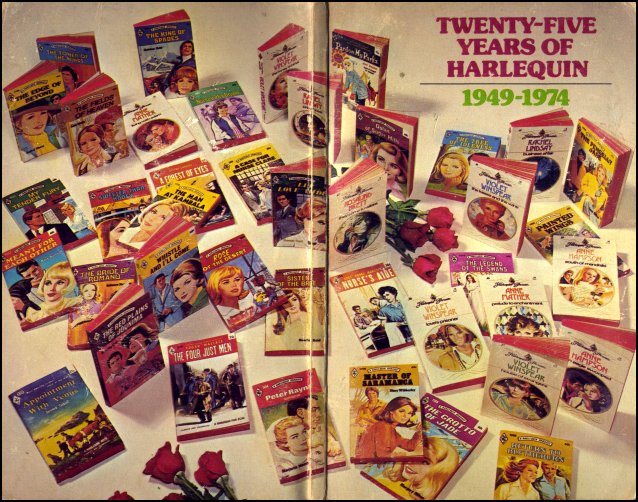 The second Canadian connection is that I acquired the checklist produced by Harlequin covering their first 25 tears. I was hoping it would list the titles jointly published by PAN and Harlequin so I could confirm if it was 11. Unfortunately it just lists the numbers and titles without any additional information but it does show ‘The Four Just Men’ on the back cover.