As promised last week here are more pages from the film exhibitors campaign books I scanned from photocopies Robin Harbour had from Anthony Southall.
There are several large pages that all mention PAN Books. They may load slowly but they can be found HERE.

Again while sorting I’m left pondering “Was it really worth it?” when I see covers a couple of years apart looking very similar. They were both for ‘The Spy Who Came In From The Cold’ one from 1974 and the other 1979. All I can think is that the 1979 edition was designed to look like the other Carre covers with the stylised name. 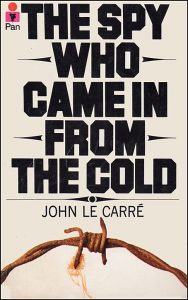 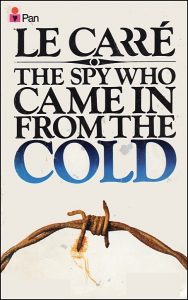 ….. and yet another cover from prolific artist George Sharp which I’ve emailed to him as he says he can’t remember a lot of them but they bring back memories of the time. This is another Morrell cover from 1979. I’m awaiting his response. 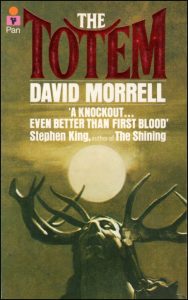